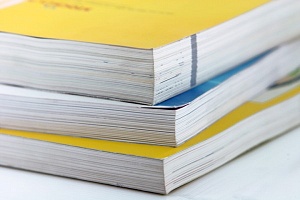 The Russian Arbitration Association has been submitting amicus curiaebriefs in arbitration-related cases before the Russian Supreme Court since 2016. Though the rules of procedure do not expressly envisage such briefs, and the judges have refused to treat them as part of the case file, the briefs are read and, in some cases, appear to influence the decisions of the court.  This note briefly describes the approach the RAA has taken to acting as an amicus curiaeas well as two recent cases, decided in 2018, where the RAA’s briefs appear to have positively influenced the Supreme Court’s approach.

The RAA as an amicus curiae

Since amicus curiae intervention is not expressly provided for, the RAA has adopted a very light-handed approach to such filings. They do not seek to advocate for a particular position, rather the briefs present approaches to the issue before the court that have been adopted in other countries, particularly at the most popular seats for international arbitrations. This way the Supreme Court is informed of the arguments made, factors considered and decisions reached by the courts in England and Wales, Germany, Hong Kong SAR, the PRC, France, Singapore, Sweden, Switzerland and the US and it can take them into account when deciding  the case under Russian law or interpreting the New York Convention.

About 10-12 arbitration-related cases are referred to the Supreme Court annually and the RAA selects those that raise important legal issues. Nine briefs have been submitted to date,  addressing issues such as the effect of insolvency on the arbitration clause and applicability of the clause to the claims of the insolvency manager, failure to comply with the pre-arbitration steps provided in the clause and other issues.[1]

A special working group has been set up consisting of practitioners from RAA member firms. Members of the group include lawyers from Alrud, Baker & McKenzie, Beiten Burkhardt, Dentons, Double Bridge Law, KIAP, Mansors, Norton Rose Fulbright, and White & Case.  Anad hocgroup is formed for each brief to ensure that no person with a direct or indirect conflict takes part in its preparation. The lawyers preparing the brief liaise with their colleagues from other offices or other firms in the relevant jurisdictions.

The case arose out of a dispute between two pharmaceutical companies. Pharmstandard obtained the award of a tribunal under the ICAC at the Russian Chamber of Commerce and Industry ordering Grindex to pay around US $1 mln. Pharmstandard sought to enforce the award against Grindex’s assets in Russia, while Grindex claimed that the Russian courts have no jurisdiction. Grindex relied on a provision of the Code of Commercial Procedure, claiming that it restricted the jurisdiction of Russian courts against foreign award-debtors to cases where their seat or place of incorporation was unknown.

The court of first instance and the court of appeal sided with Pharmstandard and ordered enforcement of the award, but then the case was referred to the Supreme Court. The issue Grindex raised in its appeal was whether enforcement could be sought against the Russian assets of a foreign company when the award-creditor failed to even attempt to enforce the award in the country of incorporation of the debtor.

The RAA’s Working Group[2]submitted a brief that considered the approaches of the courts in England and Wales, Germany, the People’s Republic of China, Sweden, Switzerland and the US to the enforcement against assets of foreign companies. The brief explained that in most of those countries such enforcement is permitted and does not appear to have been refused. It further noted that the US courts have sometimes applied the forum non conveniensdoctrine to such cases and dismissed enforcement applications, but the case law has not been consistent.

The Supreme Court decided that the Russian courts’ jurisdiction over enforcement of arbitral awards should be determined under the usual rules governing their jurisdiction in cross-border disputes.[3]Even where the location of a foreign award-debtor is known, Russian courts still have jurisdiction over enforcement, provided that the case is closely connected with the Russian Federation (e.g. the underlying dispute concerned a business in Russia or supply of goods or services to Russia).

Over the course of the past few years, losing parties have frequently claimed that disputes involving the procurement of goods or services by state-owned companies are not arbitrable. Subsequent to the Russian arbitration reform, disputes involving public procurement, i.e.procurement by state bodies, arearbitrable but may be referred only to arbitration administered by an institution designated by the government (none has been designated to date). It was argued that the Russian law imposes somewhat similar transparency and procurement discipline on state-owned companies (e.g. Aeroflot, Gazprom, Rosneft, Russian Railways and Sberbank), hence, in the absence of express permission to refer such disputes to arbitration, they are not arbitrable.

The case where this issue came before the Supreme Court arose out of a dispute between a state-owned contractor and a subcontractor hired to perform certain work relating to extension of the Moscow subway system. The subcontractor secured a domestic arbitral award ordering the contractor to pay the retention sum under the contract and sought to enforce it.

The court of first instance and the court of appeal confirmed the enforcement of the award and rejected the contractor’s argument that the dispute was not arbitrable because it concerned the procurement of work by a state-owned company. However, the contractor’s appeal of the case was referred to the Supreme Court, and the issue of the arbitrability of such disputes was put before the court.

The RAA’s working group[4]submitted a brief that looked at the legislation and case law of England and Wales, Brazil, Finland, France, the People’s Republic of China, Sweden and the US dealing with the arbitrability of disputes involving procurement by state-owned enterprises and procurement that was indirectly funded with public funds. The brief explained that such disputes are arbitrable in most countries. It flagged as particularly relevant the jurisprudence of the Supreme Court of Brazil, which repeatedly held that in the absence of an express restriction on arbitrability of such disputes by law, the courts do no have the power to restrict the parties’ right to submit them to arbitration. The brief also explained the approach adopted in France, where certain public procurement disputes are indeed not arbitrable but the scope of such non-arbitrable disputes is clearly defined by law.

The Supreme Court held that disputes involving procurement by state-owned companies are arbitrable, because the legislator chose not to restrict their arbitrability.[5]However, the Supreme Court ominously noted that enforcement of awards rendered in disputes arising out of publicly-funded procurement by state-owned companies may be contrary to public policy. The scope of the caveat is yet to be defined by further case law, and it is to be hoped that it will be interpreted very narrowly.

[1]All briefs (in Russia) can be accessed at the RAA’s website http://arbitrations.ru/arbitration-association/working-groups/monitoring-sudebnoy-praktiki/