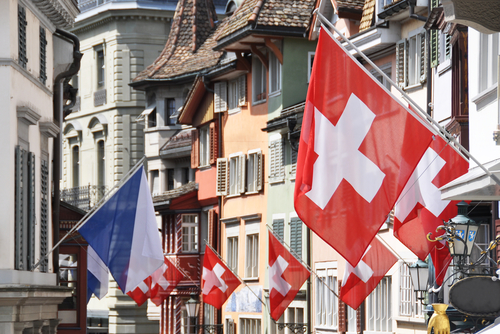 The Swiss government is proposing a “light” revision of Swiss international arbitration law as contained in Chapter 12 of the Swiss Private International Law Act. The Swiss Arbitration Association (ASA), after liaising with Swiss arbitration practitioners, participated in the official consultation process and submitted its comments in May 2017. The draft revision does not aim at fundamentally changing the key features of Swiss international arbitration law but shall mainly improve legal certainty and clarity and adapt certain provisions to recent developments. The ASA supports the general intention to regulate only “as much as necessary” and “as little as possible” in order not to deviate from the well-acknowledged principles in Swiss arbitration.

The Swiss Supreme Court was particularly active in 2017. The following is a quick overview of the most interesting cases in international arbitration.

In a decision dated 29 June 2017[1], the Swiss Supreme Court confirmed the four-year ban from any football-related activity pronounced by the Court of Arbitration for Sport (CAS) against former UEFA President, Michel Platini, in May 2016.

Platini was initially banned for eight years by the FIFA Ethics Committee in relation to undue advantages he had received from the former FIFA President, Joseph Blatter, mainly a CHF 2 million payment without contractual justification and an undue extension of the benefits Platini was entitled to receive as a member of the FIFA Executive Committee. The ban was reduced by the FIFA Appeal Committee (to six years) and then by the CAS (to four years).

The Swiss Supreme Court upheld the CAS award in a lengthy decision, in which it confirmed that the dispute had to be considered as international notwithstanding the fact that both FIFA and Platini were domiciled in Switzerland when the CAS proceedings started. The Swiss Supreme Court confirmed in this respect that the relevant point in time in considering whether a dispute is international or domestic is the conclusion of the arbitration agreement, ie, in the present case, the inclusion of an arbitration clause in the FIFA Statutes in 2004. Since Platini was domiciled in France at the time, the dispute qualified as international.

This should, in theory, have prevented Platini from challenging the CAS award for arbitrariness as he had done, given that this ground can only be applied to set aside domestic awards, not international awards, which can only be set aside for irregular constitution of the arbitral tribunal, lack of jurisdiction, ultra or infra petita, violation of due process or violation of public policy. However, the Swiss Supreme Court considered that Platini could not be prevented in good faith from raising the ground of arbitrariness in this case since the CAS Panel had (incorrectly) qualified the dispute as domestic and FIFA had not objected to this in the CAS proceedings.

The Swiss Supreme Court nevertheless dismissed Platini’s challenge on the merits, holding that the CAS award could not be considered arbitrary. The Court confirmed in this respect that an award is arbitrary if it is based on findings manifestly contrary to the facts resulting from the case or if it constitutes a manifest violation of the law or fairness. According to the Swiss Supreme Court, this was not the case.

The Swiss Supreme Court finally confirmed that the sanction could not be considered disproportionate, notwithstanding the rather large and unclear scope of the ban (extending to any football-related activity).

In a decision dated 20 July 2017[2], the Swiss Supreme Court dismissed the challenge brought by the Russian Federation against an interim award on jurisdiction issued in an UNCITRAL arbitration in Geneva administered by the Permanent Court of Arbitration.

The arbitration was initiated in 2013 by the Luxembourg company Yukos Capital Sàrl, which claimed payment of USD 13 billion from Russia for illegal expropriation of investments. Russia objected to the jurisdiction of the arbitral tribunal based on five alternative grounds. In an interim award, the arbitral tribunal dismissed three of these grounds, while postponing the decision on the remaining two grounds to the merits phase.

Russia moved to set aside the interim award before the Swiss Supreme Court, claiming that it was open to immediate challenge under Swiss law. The Court however considered that this was not the case, confirming that only decisions by which the arbitral tribunal definitively rules upon its own jurisdiction, by either admitting or denying it, can (and must) be challenged directly within 30 days of their notification. By contrast, decisions by which the arbitral tribunal rules only partially on its own jurisdiction, for instance by addressing only some, but not all of the grounds invoked by the parties, are not open to immediate challenge.

Swiss arbitration law allows parties to waive the statutory right to challenge an award in setting-aside proceedings pursuant to Article 190(2) PILA, if none of them have their domicile, habitual residence or place of business in Switzerland (Article 192(1) PILA). In a decision dated 17 October 2017[3], the Swiss Federal Supreme Court clarified that such a waiver also extends to the parties’ right to request the revision of the award based on the discovery of new relevant facts, if such facts could otherwise have been invoked as a ground for having the award set aside.

This question arose in the context of a heavily fought UNCITRAL arbitration between Croatia and MOL Hungarian Oil and Gas Company Plc (“MOL”) over the privatization of the Croatian energy company INA Industrija Nafte (“INA”). In this arbitration, allegations of bribery were raised by Croatia, but ultimately dismissed for lack of evidence by an arbitral tribunal seated in Geneva. In reaction, Croatia filed both an action for annulment and a request for revision of the award, on the basis that it had, within the deadline for a setting-aside application, learned that one of the arbitrators had failed to disclose an alleged conflict of interest. However, as the underlying agreements contained a waiver with respect to any appeal, the Swiss Federal Supreme Court held that not only the setting-aside application but also the revision request were inadmissible, considering that a party who has expressly given up its right to challenge the proper constitution of the arbitral tribunal pursuant to Article 190 (2)(a) PILA should not be able to file a request for revision based on this very same reason. As this decision illustrates, a waiver of setting-aside proceedings is risky, as it may well mean that there is no possibility at all of complaining about procedural irregularities before courts at the seat of the arbitration.

Request for revision must be timely

This case[4]of 3 October 2017 concerned the termination of an employment agreement of the Chinese Manager Z with the Swiss company X SA. A sole arbitrator had rendered an arbitral award.

X SA first filed a request to set the award aside with the Swiss Supreme Court, which the Court rejected in its simplified procedure for obviously unjustified requests. X SA then filed for revision with the Court of Justice of the Canton of Geneva, which declined jurisdiction and transferred the request to the Swiss Supreme Court under Article 48 Section 3 BGG . X SA claimed that it had “recently” become aware of an email of Z to the sole arbitrator in which Z informed the sole arbitrator of pending litigation between the same parties in the UK. The Swiss Supreme Court rejected the request for revision. According to Article 124 Section 1(d) BGG, a request for revision of decisions of the Supreme Court must be filed within 90 days of becoming aware of the reason for revision. Accordingly, X SA should have specified the exact time it became aware of the reason for revision. Furthermore, the arbitral award had expressly referred to the pending litigation in the UK; accordingly, X SA should have raised that the arbitral tribunal in its opinion lacked jurisdiction with a timely request to set aside the award under Article 190 Sect. 2(b) IPRG, and not with its request for revision.

The Swiss Supreme Court in a decision of 28 August 2017[5]concluded that a party in principle has the right to request the tribunal obtain an opinion of an independent expert. However, the party must expressly request it on time and in line with the procedural rules of the arbitration. The requesting party must be willing to advance the costs of the expert opinion, it must relate to the relevant facts of the case, ie the expert opinion must be suitable to have an effect on the outcome of the proceedings, and it must appear necessary. In the present case, the requesting party had failed to establish to what extent the results of the expert opinion would be relevant and it failed to submit sufficient information that would have allowed the mandating of an expert. The requesting party had asked for an expert opinion on the amount of lost profits under a contract for the execution of tourism projects.

Right to be heard

A decision of 30 May 2017[6]concerned a dispute between a Liechtenstein company registered since 1998 in the occupied Palestinian territory, and B company, a company incorporated in 1964 under the company law of the occupied Palestinian territory. The dispute concerned a tourism project involving the construction and operation of a hotel and casino on the West Bank. An arbitral tribunal seated in Zurich rejected the claim, essentially because mandatory Palestinian law would prohibit gambling, rendering it subject to sanctions. Accordingly, the arbitral tribunal concluded that it could not order the requested issuance of licenses, but could perhaps award compensation for damages. However, due to the agreed exclusion of liability in the contract, and due to the lack of an adequate causal connection to the loss of profits, the tribunal denied the right for compensation.

The Supreme Court partially set the award aside. It concluded that the arbitrators had failed to examine whether or not at least the hotel, as opposed to the casino, could have been granted a license. The hotel had, contrary to the casino, not been closed by the authorities. According to the Supreme Court, the arbitral tribunal had a minimal duty to examine the request of the claimant that a hotel license could be issued, and had therefore breached the claimant’s right to be heard.

In this case of 20 April 2017[7], the World Anti-Doping Agency (WADA) filed an appeal with the TAS against an “Acceptance of sanctions” agreed between the national doping agency of the United States and athlete X. After neither WADA nor X had paid their advances on costs for the arbitration, the TAS invited WADA to pay the full advances on costs for both parties. However, WADA erroneously paid only its share in the amount of CHF 18,000, instead of the total of CHF 36,000. Nine days after the deadline, WADA paid the remaining CHF 18,000. Due to the late payment, the TAS closed the proceedings with a termination order. WADA challenged the decision in the Swiss Supreme Court, in particular alleging undue formalism.

However, this according to the Supreme Court does not exclude that in setting aside proceedings against arbitral awards, a right for free legal assistance applies, provided that the proceedings do not lack a chance of success.

In this case of 7 March 2017[9], the Swiss Supreme Court concluded that parties have a right to address the splitting of costs in advance of an arbitral award if such splitting is not entirely clear (such as when the costs will be split as usual according to the degree of success or loss in the arbitration).