Arbitration in Austria: Legislation and Rules 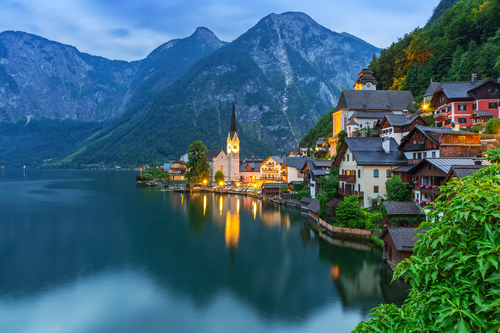 Among the cases decided during last years, two decisions of the Austrian Supreme Court (the “OGH”) are of particular practical relevance. First, it ruled that an award cannot be set aside if it is clear from the reasoning of the award that the violation of the right to be heard or the procedural ordre public was irrelevant to the outcome of the decision (B.1 below). Second, it ruled that an arbitration agreement is ineffective if the tribunal constituted under this agreement will not give effect to the mandatory rights enjoyed by a self-employed commercial agent who operates in the European Union.

The decision of the OGH of 6 December 2016[1]dealt with the following facts:

The defendant sold shares in a construction company for EUR 53 million to the plaintiff. The company became insolvent. In arbitration proceedings, the defendant claimed the outstanding purchase price of EUR 3.7 million. The plaintiff challenged the purchase agreement arguing, among other things, that it was deceived by the defendant.

The OGH dismissed the claim and upheld the award. The most important point that the OGH made is that although under Austrian law, in principle, a violation of the right to be heard or the procedural ordre public results in an automatic setting aside of the award, an award cannot be set aside if it is clear from the reasoning of the award that the violation was irrelevant to the outcome of the decision.

In this case, the arbitral

tribunal also based its decision to grant the claim on a second reason, independent of the first. It found that the plaintiff would have, in any event, concluded the agreement (even if it had known of the irregularities) due to internal company guidelines.

It was therefore clear to the OGH that the award itself showed that any violation of the right to be heard or the procedural ordre public could not have had any bearing on the outcome of the decision itself because the arbitral tribunal would have made the same decision.

In its decision of 1 March 2017,[2]the OGH held that an arbitration agreement is ineffective if the tribunal constituted under the agreement does not give effect to the mandatory rights enjoyed by a self-employed commercial agent who operates in the European Union.

1.   In state court proceedings, the plaintiff, a commercial agent based in Vienna, requested compensation pursuant to Section 24 of the Austrian Commercial Agents Act because the agency agreement with the defendant, which was governed by New York law, had been terminated by thedefendant.

3.   The lower courts rejected the claim, reasoning that they lacked jurisdiction because of the agreement to arbitrate. The OGH overturned these decisions and found that the state court had jurisdiction for the followingreasons.

The OGH referred to the case law of the Court of Justice of the European Union, according to which apparent violations of fundamental EU law provisions constitute an ordre public violation. The CJEU in Ingmar[3]ruled that the EU Directive on Self-Employed Commercial Agents, which is implemented by the Austrian Commercial Agents Act, is applicable irrespective of the parties’ choice of law if the underlying facts have a strong EU connection. It is generally understood that the CJEU classifies certain rights of commercial agents as being internationally mandatory in character.

Parties cannot exclude these rights by agreement and they apply even if such rights are unknown under the applicable law.

Neither Austrian arbitration legislation nor institutional rules address third-party funding. Furthermore, the OGH has not yet commented on this issue.

There is controversial discussion in legal literature as to whether third-party funding agreements violate Section 879 paragraph 2(2) of the Austrian Civil Code (prohibition of quota litis arrangements, ie any arrangement under which the lawyer’s remuneration depends on the results of the case), and are therefore null and void. This provision prohibits any form of contingency fee arrangements with attorneys. The reason for this is to protect the client, who usually cannot assess the chances of success.[4]However, it is unclear whether the quota litis prohibition could also apply to third-party funders who do not provide legal services, but fund thelitigation.

The Vienna Commercial Court in a decision of 7 December 2011 found that Section 879 paragraph 2(2) of the Austrian Civil Code does not apply to third-party funders.[5]The OGH left the issue open since the appeal could be dismissed without engaging in this question.[6]Yet, the OGH did state that even if the agreement with the third-party funder violated the quota litis prohibition, the invalidity would only concern the compensation arrangement. Therefore, the OGH decided that even in case of such invalidity, the plaintiff would still have standing in the proceedings.[7]

Against this background, and although many important questions remain unresolved, third-party funding can, in principle, be regarded as a valid practice in Austria, including with regard to arbitration.