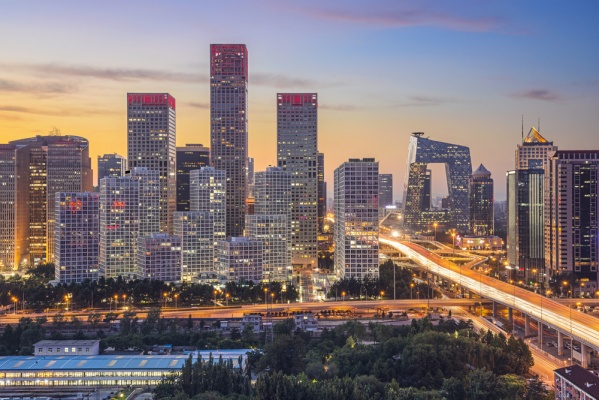 Arbitration in China is governed by the following legislation and judicial interpretations:

(b)          Interpretation of the Supreme People’s Court (“SPC”) concerning Some Issues on Application of the Arbitration Law of the People’s Republic of China, which took effect on 8 September 2006 and was amended on 31 December 2008;

(f)           SPC Provisions on Reporting for Upper Approvals in Judicial Review of Arbitration Cases, which took effect on 1 January 2018;

(g)          SPC Interpretations on the Application of the Civil Procedure Law of the People’s Republic of China, which took effect on 4 February 2015; and

(h)          Some opinions given by the SPC on specific cases solicited by lower courts.

On 30 December 2016, the SPC issued the Opinions on Providing Judicial Protection for the Construction of Free Trade Zones, which aimed to strengthen judicial support for the development of free trade zones (“FTZ”) in China and provide guidelines to courts for handling cases involving FTZs.

The key feature of the Opinions relates to the validity of foreign- seated arbitrations in respect of foreign-invested enterprises (“FIEs”) or wholly-foreign-owned enterprises (“WFOE”) registered within an FTZ. As per the Opinions, if two or more WFOEs registered in an FTZ enter into an agreement to submit their disputes to arbitrations seated outside mainland China, the courts should not hold that such an arbitration agreement as invalid on the ground that the relevant dispute is not foreign-related. Furthermore, if a party objects to the recognition or enforcement of an arbitration award handed down in a foreign-seated arbitration on the ground that there is no foreign-related element, the courts shall not uphold the objection if:

(a) at least one of the parties to the arbitration is an FIE registered within an FTZ; and

(b) the objecting party is the claimant, or the respondent who failed to raise an objection to the validity of the arbitration agreement during the arbitration proceedings.

As per the Opinions, two or more enterprises registered in an FTZ can agree to refer their disputes to ad hoc arbitration in China.

The above features of the Opinions are a welcome development in the arbitration regime in China.

v. Hainan Boxing Investment Consultant Co., Ltd. (“Boxing”), which clarified the difference between a third party’s “Action in objection to enforcement (“EO Action”) as under article 227 of the PRC Civil Procedure Law (“CPL”) and a third party’s right to apply for non- enforcement of an arbitral award (“Award EO Motion”) as per the Provisions of the Supreme People’s Court on Several Issues Concerning the Handling of Cases by People’s Courts to Enforce Arbitration Awards (the “Provisions”).

In this case, Boxing and Hainan Donglan Investment Co., Ltd. (“Donglan”) had an arbitration before the Hainan Arbitration Commission, and the tribunal ruled that Donglan must transfer ownership of 11 flats to Boxing under the real estate purchase agreement between them. When it came to enforcement, however, Mr. Lu, a third party to the arbitration, claimed that the flats should belong to him rather than Donglan or Boxing. He then brought an EO Action before a local intermediate court in Hainan Province and won the first instance action. However, the first instance judgment was overturned by the Hainan High Court on appeal. Mr. Lu then filed a petition for re-trial to the SPC.

The issues before the SPC centered around whether Mr. Lu was eligible to bring an EO Action against the arbitral award as per article 227 of the CPL, and if not, what remedy he could have.

By way of background, article 227 of the CPL provides that,

"In the course of execution, if a third party files a written objection to the subject matter of execution, the people’s court shall examine the objection within 15 days of receipt thereof and decide either to halt the execution should it find the objection valid, or dismiss the objection should it find it invalid. If the third party or parties do not accept the decision (“Review Decision”), they can file a re-trial petition if they think the judgment or decision being executed (“Underlying Judgment or Decision”) is wrong; or bring an action (“EO Action”) before the people’s court within 15 days of receipt of the Review Decision if their objection is not related to the Underlying Judgment or Decision."

In the present case, the arbitral award declared that the 11 flats should belong, and be transferred to, Boxiang, whereas Mr. Lu claimed they should belong to him. As such, Mr Lu directly contradicted the determination and decision in the award and could only succeed if the award was wrong. As such the SPC ruled that he was not eligible to bring an EO Action as per article 227 of the CPL.

To that predicament of Mr. Lu, the SPC allowed a 30 day period, starting on the day of the SPC Ruling taking effect, for him to file an Award EO Motion before the enforcement court of the award, as per the Provisions.

This is an important case after the Provisions took effect on 1 March 2018. The Provisions provide a channel for third parties to protect themselves when facing arbitration awards which wrongly disposed of their properties or interests. Third parties can apply for non- enforcement of such arbitral awards within 30 days from the time when they know, or should have known, that their property is subject to an arbitral award.

The Provisions are only applicable to the enforcement of arbitral awards made under the PRC Arbitration Law, and so does not apply to awards made outside China.