Arbitration in the Czech Republic 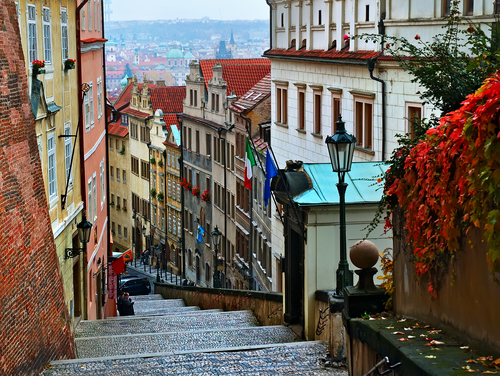 The Czech Republic is no stranger to arbitral proceedings. That said, until the beginning of 1995, only international trade disputes could be brought before an arbitral tribunal. This changed on 1 January 1995 when the Czech Act No. 216/1994 came into force, replacing the previous Act No. 98/1963. After the entry into force of this law, arbitral proceedings slowly gained popularity and in recent years, arbitral proceedings have become a popular method of resolving civil disputes. As there is no exequatur proceeding necessary, there are also no exact statistics about the number of arbitrations in the Czech Republic. Nevertheless in 2010 the Czech Ministry of Justice assumed that approximately 130 to 150 thousands arbitral awards will be rendered in the course of one year. Arbitration is therefore a very popular method for resolution of both domestic and international disputes.

Czech arbitration law in terms of its origin and historic development is most closely related to German and Austrian law. The historic link to Austrian arbitration is particularly strong because Czech lex arbitri and arbitral practise are strongly influenced by the practise of Austria. The similarities between Czech and Austrian law, however, go beyond the historic link between their arbitration laws. The laws of both countries have similar concepts regarding their approach to regulating basic social issues, which are reflected in their respective legal orders.  The Czech doctrine rather tends to follow the jurisdictional doctrine of arbitration which was confirmed by a landmark decision of the Czech Constitutional Court.

The Czech Republic is a contracting state of the New York Convention, the ICSID Convention, the Seoul Convention and the Energy Charter Treaty. The recognition and enforcement of arbitral awards and applicable law is also subject to some bilateral legal assistance treaties.

The Czech Republic has signed and ratified  a large number of investment protection treaties. Investors frequently invoke the dispute resolution clause in these treaties against the Czech Republic.

Czech arbitration law is not a verbatim adoption of the UNCITRAL Model Law, but Czech legislation is essentially compatible with it. Notable exceptions are inter alia, in relation to articles 8(2), 10(1), 14(1), 17 and 21(1) of the Model Law.

The primary domestic source of law is the aforementioned Act No. 216/1994 on Arbitration and the Enforcement of Arbitral awards (the Act), which is applied to both domestic and international arbitral proceedings. This act was amended by Act No. 19/2012, especially with regard to consumer disputes, protecting consumers that were not aware that the contract they signed included an arbitration clause. Since December 2016, arbitration clauses are prohibited for B2C contracts. Recognition and enforcement of foreign arbitral awards as well as some issues of international arbitration seated in the Czech Republic are also subject of the Act No 91/2012 Coll. on private international law, like status of foreign arbitrators, identification of the law applicable to international disputes, etc.

Czech law provides the parties with plenty of freedom to negotiate the conditions and procedure in the proceedings, but this is always based on the principle of the equal status of the parties and equality of opportunity in the application of procedural and other rights in the proceedings.  Accordingly, there are three general mandatory rules of procedure: i) impartial conduct, ii) equal treatment in respect to the parties, iii) right of a party to present the case. A hot topic is the predictability of arbitral awards. Unpredictable decisions, not giving the parties sufficient space to bear their burden of proof, probably constitutes the most frequent ground for setting aside arbitral awards in the Czech Republic.

Regarding the rules providing an arbitral tribunal with guidance as to which substantive law to apply to the merits of the dispute, arbitrators are required to respect legislation in force, that is, the substantive law of the Czech Republic. If there is an international element in a dispute, the dispute will be resolved in accordance with the law selected by the parties or in accordance with the law determined on the basis of conflict of law rules under private international law.

To determine which law is applicable, provisions on international private law at the place of the proceedings are applied. In particular, Act No. 91/2012 on international private law, which provides broad freedom to choose the law applicable in contractual relations. Nevertheless, pursuant to the same law, arbitrators also have to apply provisions of EU-law. Arbitrators therefore also have to apply for instance Rome I Regulation on the law applicable to contractual obligations etc. Decision-making based on the principle of ex aequo et bonois solely by agreement of the parties. Business customs are also applied.

There are no significant peculiarities in Czech Arbitration law regarding the non-arbitrability of certain types of disputes. Disputes of an asset nature are only arbitrable (with the exception of disputes arising in the course of insolvency proceedings) where a court would otherwise have jurisdiction to hear them. It must be a dispute with a subject that the parties could resolve amicably also when court litigation regarding such dispute is pending. These conditions must be met cumulatively.

Antitrust disputes are not permitted, and so far there has been no clear solution as to whether labour law disputes are arbitrable. Nevertheless, major practice and doctrine holds the view that employment disputes are allowed to be resolved by arbitration if the subject of the dispute concerns money performance.  Disputes arising from contracts entered into by state (public) hospitals or other public health facilities are not arbitrable.

Formal and Other Requirements for an Arbitration Agreement

Enforceability of an Arbitration Agreement

Arbitrators must have full legal capacity under the law of their nationality (it is sufficient to have full capacity under Czech law). However, an arbitrator must not be a Czech judge, a Czech public prosecutor or a judge of the Constitutional Court. This does not apply to foreign judges or to retired judges. Some practitioners hold the view that public servants who are subject of the regulation applicable to public officers are also not entitled to serve as arbitrators; nevertheless no case law on this issue has been reported as of yet. An arbitrator may be a foreigner or a Czech citizen. The number of arbitrators must always be odd. If the parties fail to agree on the number of arbitrators, the dispute is always resolved by three arbitrators.

Arbitrators cannot order any interim measures. Interim measures may be ordered only by courts, if subsequent enforcement is endangered or if there is a risk of serious injury. The practice of Czech courts regarding interim measures is, however, generally highly restrictive.

Challenge and Replacement of Arbitrators

An arbitrator may be challenged solely on the grounds of bias, which is interpreted as an interest in the course or outcome of the dispute. The arbitrators are required to inform the parties of any circumstances that could arouse legitimate doubt as to their impartiality. If the arbitrator concerned does not withdraw, a petition for his or her exclusion may be submitted to a court. In commercial disputes, there are no grounds other than bias (i.e,. a special relationship with the parties or subject of the dispute) for a challenge and the replacement of an arbitrator.

Czech law does not cover situations where the arbitrator is incompetent, for example, due to long-term illness. Such a situation could, however, be handled on the basis of general legal institutes, such as the subsequent impossibility of fulfilment. Arbitrators are also immune from liability for their conduct in the course of arbitration if the particular arbitration is administrated by a permanent arbitral institution; this was confirmed by much of the case-law reported as of yet.

Challenge and Enforcement of Awards

Awards may be set aside only for legal reasons and only by a court at the proposal of a party within three months of the award being made if:

•          Parties are not informed of the composition of the tribunal or a decision has been taken in the case by arbitrators who are not authorized to make such a decision;

•          Parties are not given the opportunity to express comments;

•          Decision is made about something not requested by the parties or it adjudicates performance which under Czech law is either impossible or unlawful;

•          There are grounds that would facilitate the resumption of proceedings before a court.

Regarding recognition and enforcement of foreign arbitral awards, the Czech Republic strictly applies the New York Convention (1958). Enforcement can be described as not problematic. This applies also to the applicability of Art V (2) (ii) regarding ordre publicexception. As the ordre public exception is not a ground for set-aside of domestic awards pursuant to the Act, the same question will be only exceptionally pleaded in proceedings regarding enforcement of foreign arbitral awards.