The United Arab Emirates have made considerable efforts to improve their position as a global alternative dispute resolution hub. In line with this objective, the UAE undertook an arbitration reform to modernise their current arbitration process and align the UAE arbitral framework to international standards. As a result, Dubai was named as top-10 arbitration seat in the world according to the International Arbitration Survey conducted jointly by the White & Case law firm and Queen Mary University of London. Also, In 2008, an arbitration centre DIFC-LCIA was established to increase the attractiveness of the UAE in the region by cooperation with a credible institution with long history – LCIA.

Legal framework imposed by Decree No. 34

Decree No. 34 abolished the Emirates Maritime Arbitration Centre (“DMCA”) and the Dubai International Financial Centre Arbitration Institute (“DIFC-LCIA”) by merging them with DIAC including assets, employees, financial appropriations and lists of arbitrators, mediators, etc. (Articles 4, 5). The aim Decree No. 34 is to improve Dubai’s position as a global alternative dispute resolution hub. The declared objective is to make the new DIAC a top-5 arbitration institute in the world within 3 years.[1]

DIAC was established in 1994 as an autonomous non-profit institution and became one of the largest arbitration centres in the Middle East. Since 2007 it handled over 3 757 cases and admitted for consideration new 276 cases in 2021.

DIAC has its headquarters in Mainland Dubai and has a branch in the Dubai International Financial Centre (“DIFC”). The transition period provided by Decree No. 34 was 6 months for DIAC to coordinate with all the concerned entities in the Emirate of Dubai to comply with the provisions of Decree No. 34 and the Statute attached thereto (Article 9).

·       If arbitration was initiated before Decree No. 34’s enactment, the DIFC-LCIA Registrar and Secretariat would administer all ongoing proceedings for and on behalf of the LCIA on a secondment basis from DIAC until such proceedings are concluded;

·       All proceedings arising out of agreements referencing DIFC-LCIA and referred for resolution after the date of the enactment of the Decree will be administered by DIAC in accordance with the DIAC Rules, unless the parties agree otherwise.

The advantage of this approach is that the parties’ original election to have their dispute administrated by the DIFC-LCIA arbitration will be respected in case the proceedings had already been initiated. However, some parties may attempt to use this transition to challenge the tribunal’s jurisdiction and the enforcement of the award stating that they provided in their agreement for the DIFC-LCIA arbitration and, hence, the DIAC arbitration contradicts Article V(1)(d) of the New York Convention 1958 (“The composition of the arbitral authority or the arbitral procedure was not in accordance with the agreement of the parties”). Most probably such argument would not be upheld as Article 6 of Decree No. 34 unequivocally provides that such arbitration agreements are valid. Furthermore, it has been established in caselaw that the abolishment of an arbitration centre does not render the arbitration agreement inoperative in its essence.[3]

Debates in respect of the reform

Decree No. 34 became subject of debate as the practitioners raised concerns that foreign counterparties may not be familiar with the DIAC and may be suspicious towards its inclusion in the arbitration agreement as it does not have the same widespread reputation as the DIFC-LCIA.[4]

Also, it was argued that the sudden abolishing of a high-profile institution (DIFC-LCIA) may cause some doubt in stability of the legal regime in Dubai and entail the parties opting for different institutions.[5] The criticism of the LCIA itself was expressed in its Press release dated 7 October 2021 that “This Decree and its swift enactment came as a surprise to the LCIA”.

Further, after the merging of arbitration centres it was reported that DIAC experienced delays with administering cases.[6] Hence, this raised concerns that DIAC will manage to administer increased number of cases.

Nevertheless, the following measures were adopted to cure these concerns:

(iii)           DIAC strengthening its case management team and being not subject to international sanctions that are not applicable in the UAE.

Each of these points is further addressed below.

The competent courts under Decree No. 34 are Dubai courts and the DIFC Courts (Article 7). The Statute attached to Decree No. 34 provides for the default DIFC place or seat of arbitration, unless the parties agree otherwise (Article 4(b)). The Statue also provides for the formation of the Arbitration Court within the DIAC that undertakes the general supervision of DIAC’s activities.

DIFC Courts consider cases more expeditiously and are unwilling to entertain spurious challenges to arbitral awards.[7] They adhere to the pro-arbitration approach and differ from the Dubai courts in many aspects. First, unlike mainland Dubai courts, DIFC Courts operate under the common law system. The DIFC Courts’ procedural rules are largely modeled on English civil procedure rules. The DIFC Arbitration Law is more detailed and less ambiguous. It is based on the UNCITRAL Model Law, the English Arbitration Act 2006 and parts of the Japanese and German arbitration laws.

Second, DIFC Courts are very progressive, e.x. in 2021 a new division was launched – the international Digital Economy Court aimed at simplifying the settlement process of complex civil and commercial disputes related to the digital economy, reviewing national and international claims related to current and emerging technologies, including big data, blockchain, cryptocurrencies, artificial intelligence, and cloud services.[8] Furthermore, DIFC Courts use a modern and flexible digital infrastructure in the adjudication process.

Third, the official language of the DIFC Courts is English, all proceedings are conducted in English and thus there is no need to translate English language documents into Arabic.

·       The DIFC Court makes any default appointment on behalf of a party or the party nominated arbitrators, and the DIFC Court appoints the entire tribunal in the case of multiple parties that have been unable to agree to arrange themselves into claimant and respondent groups (Article 17(3)(c));

·       If the tribunal has decided that it has jurisdiction, any party may, within 30 days, request the DIFC Court to finally decide the challenge (Article 23(3));

The UAE general arbitration regime is also arbitration-friendly as the UAE Arbitration Law is based on the UNICTRAL Model Law embodying many of its provisions such as the separability of arbitration agreements, the requirement of the courts to dismiss any actions that falls within the scope of arbitration agreements, the empowering of the tribunal to order interim measures and provides for limited grounds of annulment of the award stipulated in the Model law. It should be also noted adjudication of disputes in the UAE gives access to such legal instrument as the Riyadh Arab Agreement for Judicial Cooperation 1983 allowing enforcement of the UAE judgments and arbitration awards in (among others) Yemen, Sudan and Libya which are not signatories to the 1958 New York Convention.

The DIAC Arbitration Rules 2022 are progressive in accordance with the DIAC’s stated objective and represent a compilation of best practices of internationally-recognised arbitration rules. A task force comprising members of the DIAC’s Secretariat as well as regional and international arbitration practitioners took part in drafting the rules. They were approved on 25 February 2022 and came into effect on 21 March 2022.

Provisions of the new Rules reflect the latest developments of international commercial arbitration tackling the evolving needs of international business. Their key target is to improve the efficiency and expeditiousness of proceedings, and provide the parties with flexibility using modern procedural instruments.

The DIAC Arbitration Rules 2022 provide for more powers for the arbitration tribunal to effectively conduct the procedures but, at the same time, respect the party autonomy principle maintaining a balance between them.

(iii)     The neutrality of DIAC and its administrative changes

In the apogee of sanctions, neutrality of the arbitration institution became a vital concern for many parties and Russia is not an exception. The imposed sanctions inhibit effective dispute resolution as sanctioned parties experience difficulties with paying advances on costs and engaging foreign consultants.

As the UAE has not introduced sanctions against the Russian Federation, DIAC is not subject to them and may become a reasonable substitute for arbitration institutions where Russian parties got used to arbitrate. Further, DIAC is currently strengthening its case management team and it is expected that no difficulties would arise due to the increased workload after the abolishment of the DIFC-LCIA. 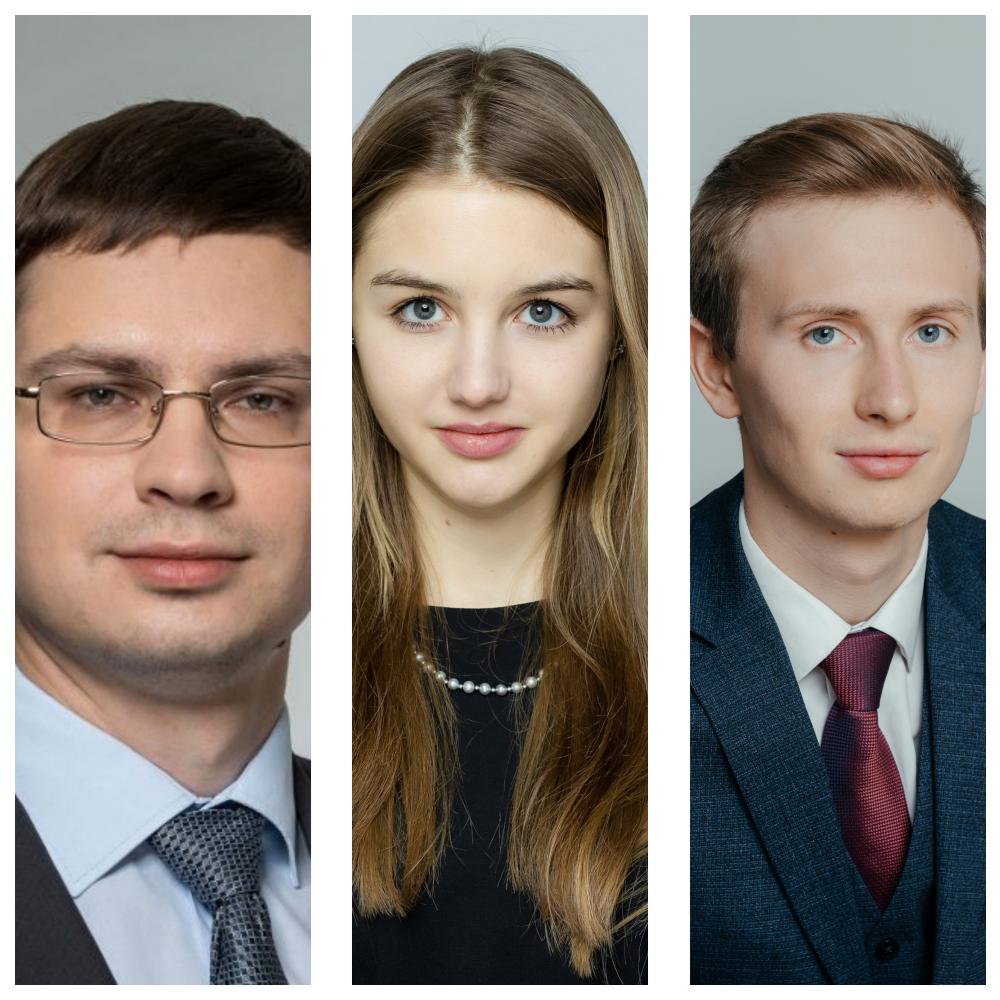