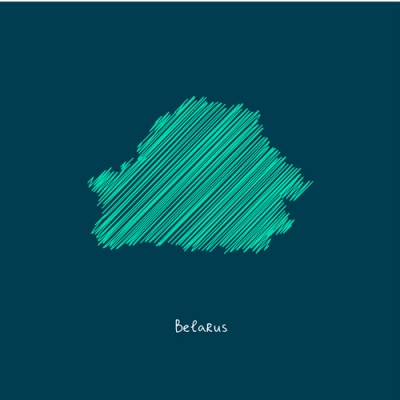 The approach of the arbitral institutions to digital evidence is of special interest because of the general focus of Belarus on the involvement of high technologies in different economic spheres and the current development of Belarus as an IT-country.

Who's who?: Digital evidence

Electronics are all around us and life is typically closely connected with a number of digital devices. They show us things from how we sleep to the number of steps we take. We can even read books on them and listen to podcasts. The same works for companies and their activities: communication by email or applications, Skype calls, business planning, negotiations, orders, offers and approvals are all done electronically. All of them leave digital traces that can make wonderful case-winning evidence.

That is why the technological boom is an issue related to all areas, including international arbitration.

The International Organization on Standardization made an effort to reflect the substance of digital evidence. The ISO/IEC 27037:2012 Guideline defines "digital evidence" as information or data stored or transmitted in binary form that may be seen as evidence.[1]

Simply put, digital evidence is a file that contains information about the facts of a case and is generated, modified, sent, received or stored by electronic, magnetic or other means.

The term "digital evidence" is connected with the term "metadata." Metadata includes data about these documents (for example, the day of issuance, name of the author, the history of changes and characteristics of the document, etc.). Generally, metadata is not requested by tribunals, unless such data becomes relevant and material to the outcome of the case.

The majority of arbitration rules of various arbitral institutions do not contain regulations of digital evidence and e-disclosure, leaving this issue to be settled by the parties to the dispute and the decision of the tribunal.

For example, the ICC Arbitration Rules (2017) contain no specific provision governing the production of documents and "ICC tribunals enjoy wide discretion in managing the proceedings under the Rules"[3]to give each of the parties a reasonable opportunity to present its case.

The recently adopted DIS Arbitration Rules (2018) reflect the same approach and empower the tribunal to order any party to produce or make available any documents or electronically stored data (Article 28).[4]It is required for establishment of the facts of the case that are relevant and material in making a ruling on the dispute.

Article 33 of the Arbitration Rules of the International Arbitration Court at the Belarusian Chamber of Commerce and Industry (2011) may require the parties to submit such supplementary evidence, including written and material evidence, expert reports and other data carriers, if they allow information about facts important for the prompt settlement of the dispute to be obtained.[5]This provision allows using digital evidence in proceedings under these rules.

Thus, different arbitration rules have no detailed regulation of the procedures related to digital evidence. That gives some freedom for the parties and tribunals when deciding upon disclosure and admissibility of electronic evidence.

IBA Rules vs. Prague Rules: Does the role of the tribunal influence the approach to digital evidence?

In current arbitration practice related to disclosure of documents in electronic form, the IBA Rules on Taking of Evidence in International Commercial Arbitration ("IBA Rules") are worth mentioning. Even the report of the ICC Task Force on the Production of Electronic Documents in International Arbitration points out that the IBA Rules are a "valuable resource" for the parties within document production, and "expressly encompasses the production of electronic documents."

The IBA Rules state that a document can be a "program or data of any kind whether recorded or maintained on paper or by electronic, audio, visual or any other means."[6]

The requirements of requested documents (including electronic documents) are set out in Article 3(2) and based on the principles of specificity, relevance, materiality and proportionality. The role of the tribunal remains crucial for determining the destiny of digital evidence in proceedings; the right to request electronic documents does not obligate the other party to produce them until the tribunal so decides. Under Article 9.2, the tribunal can reject the request to produce documents if is unreasonably burdensome or contradicts the principle of procedural economy. That means that the widespread requests for e-discovery would not be ordered, neither would requests where specific software for storing and processing may be required from one of the parties and would be granted. The expenses for the development or acquisition of such software would violate the principle of procedural economy. Therefore, the requests for electronic documents under the IBA Rules shall be narrow and specific.

The alternative set of rules that can be applied by tribunals and parties are the Prague Rules on Taking of Evidence ("Prague Rules"). The Prague Rules reflect the civil law system approach of the role of the tribunal in the conduct of proceedings and aim toimprove the efficiency of international arbitration.

Article 4.2 of the Prague Rules explicitly set the general rule for the tribunal to avoid extensive production of documents, including any form of e-discovery.

However, Article 4.6 highlights that the "documents shall be produced in photocopies and/or electronically. The produced documents are presumed to be identical to the originals unless disputed by the other Party/(ies)."[7]That gives legal ground for using digital evidence in proceedings where the parties have agreed upon the application of the Prague Rules.

The requirements to admissibility set out in Article 4.3 of the Prague Rules are almost the same as in the IBA Rules: the evidence shall be relevant and material to the outcome of the case, not in the public domain, and be in the possession of another party or within its power or control.

Thus, both of these Rules may be applicable by tribunals and parties to fill the gaps in the arbitration rules related to electronic documents and e-discovery.

IT-country and digital evidence: Breakthrough of the state courts?

In 2017, the President of the Republic of Belarus announced the general course on building the "IT-country." It primarily refers to the aim for extensive support of tech-companies in Belarus.

The new "Silicon Valley of Eastern Europe" will soon start developing its legislation on technology and innovations. The first step is Decree of the President No. 8 "On the Development of the Digital Economy" dated 21 December 2017. It exclusively regulates the activity of the high-tech park and its residentsand does not cover procedural issues of e-disclosure.

The procedural codes even regulated these issues before.

The previous approach of the state courts was narrow, and the courts considered electronic documents with an electronic digital signature. Scanned copies of documents and emails were not accepted.

This means that state court regulations can be surprisingly more brave and progressive in fixing modern terms in the legislation (giving definitions and regulating the procedural status of these documents), but more conservative in practice. When the arbitration approach remains more flexible in practice it tends to widen the interpretation of existing regulations to cover the issues that arise.

[2]The United Nations Convention on the Use of Electronic Communications in International Contracts, UNCITRAL, 23 of November 2005. Available at: https://www.uncitral.org/pdf/english/texts/electcom/06-57452_Ebook.pdf.

[7]Rules on the Efficient Conduct of Proceedings in International Arbitration (Prague Rules), 2018. // Available at: http://praguerules.com/prague_rules/