Enforcement of Arbitration Awards in England 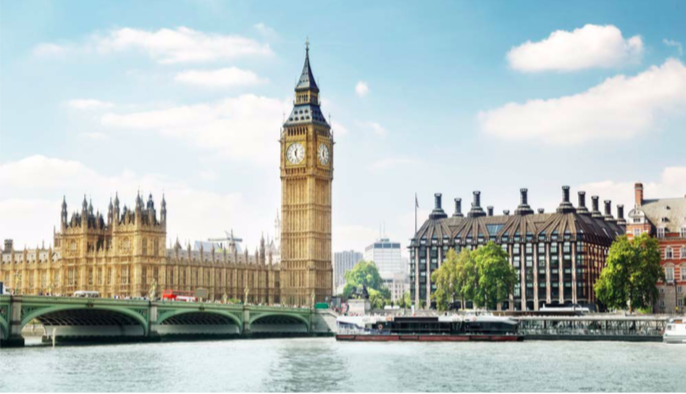 The award is a costs award of some GBP1.1 million issued by the LCIA Tribunal against Dragon, following a prior award on liability where the LCIA Tribunal declared that Dragon had breached UPT’s right of first refusal in respect of crude oil available for sale in 2017 and 2018. While the Tribunal did not award UPT interest, the Court did so, awarding interest retrospectively from the date of the Tribunal’s award.

This article will briefly explain how to enforce an arbitration award in England, and outline the advantages of having an English enforcement order, even if there are no assets in England against which the award can be enforced. One of those advantages is an ability of the English courts to award interest on the disputed amount (even if this question has not been dealt with by a tribunal), like in the UPT vs Dragon case.

Recognition prior to Enforcement

If the losing party does not pay an arbitration award against it, the winning party needs to enforce it. In order to enforce an award in England, it is necessary to apply to Court to have it recognised as a judgment and/or to have a Court judgment entered in terms of the award.

In the United Kingdom, the recognition of an arbitration award is governed by the Arbitration Act 1996 (the Act). The application for enforcement/recognition must be accompanied by an original or certified copy of the arbitration agreement between the parties as well as an original or certified copy of the arbitral award. If the award is not in the English language, a certified translation into English will also be required. The application is made without notice to the other party or parties and the Court order is made on the papers, i.e. without the need to attend Court for a hearing. Once the order is made, the claimant will have to serve it upon the Defendant. If the Defendant is located outside of the jurisdiction, then the claimant will also have to apply for permission to serve the order out of the jurisdiction. This application is relatively simple and is likewise determined without a hearing.

The enforcement order will generally have a deadline within which the defendant can apply to set it aside. The deadline is generally between 20 and 30 days from the date of service of the order upon the defendant. In the event that no application is made within the deadline, the order will become final and the claimant can proceed with taking further enforcement steps.

Liquidation and Winding-Up a Debtor Company

A judgment creditor can also apply to have insolvency proceedings instituted against a defaulting party. This would entail placing the business of the company under the care of a liquidator who will wind-up the company by selling its assets for a fair price in order to satisfy the judgment or at least as great a portion of it as possible. This is normally a last resort of creditors and a judgment debtor will often, if it is in a position to do so, settle the judgment debt in order to avoid further action being taken.

A receiver may also be appointed by the Court on an application by a creditor. Such an application may be made without notice and must be supported by written evidence. A receiver is a person who takes custody of and manages the assets of a company, thereby preserving such property so that it will remain available in order for the judgment to be fulfilled. A receiver may be appointed at any stage of the proceedings or even after judgment is rendered. The receiver will be entrusted with all the property subject to the receivership but does not obtain title thereto and cannot exercise control over such property outside of the remit granted by the Court. A receiver cannot void a fraudulent transaction designed to deprive creditors of assets with which to realise their debts, but he or she may initiate proceedings to set such sale aside. A person who owns property entrusted to the receiver may be compelled to hand such property over to the receiver. Non-compliance with such an order is punishable by contempt of court which may lead to a prison sentence. The receiver does not represent the person whose property he or she holds, rather the receiver is an officer of the Court and is answerable thereto until he or she is released from duty by the Court.

Cross-examination in relation to assets

A judgment creditor may also apply to the Court to have the relevant persons (e.g. company directors, shadow directors or shareholders of a company) attend a hearing in order to give evidence on the debtor company’s assets. This is a useful tool because these persons would have knowledge of all of the company’s assets, whereas a claimant often has limited information on such matters. The information disclosed would place the creditor in a better position to satisfy its claim against the debtor company, because it would have greater knowledge of the assets which can be seized, sold and realized to extinguish the sum owed. There is a strong deterrent to stop persons being cross-examined on assets from misleading the Court or from concealing information on the debtor company’s assets: a person found to be misleading the court or withholding information may be found in contempt of court, the sanction for which is a prison sentence. In some cases, the mere prospect of having to attend Court for corss-examination is sufficient for a debt to be paid.

Apart from seeking enforcement in the above ways, there are several order reasons why one might want to enforce an award in England.

Firstly, it may be that the Tribunal has not dealt with interest in its arbitral award. English Courts are entitled to award interest under the Judgments Act 1883 at 8.5% per annum. This is a high rate which might be difficult to obtain from the Tribunal. There are authorities to the effect that the Court is entitled to award this rate from the date of the award itself.

Further, England is (for now) part of the EU, meaning one can easily enforce in any Brussels Regulation state. However, and importantly, the United Kingdom also has conventions with its former colonies and Commonwealth countries, as a result of which English judgments may be easily enforceable in a large number of those countries. Effectively, this means that a successful claimant may use recognition and enforcement procedures in England (i) to add interest to an arbitral award in cases where the Tribunal has not pronounced itself on the issue, and (ii) to obtain a separate judgment if the limitation for enforcing the award is expiring; meaning that a claimant can effectively restart the limitation period and give itself more time to recover the debt due.