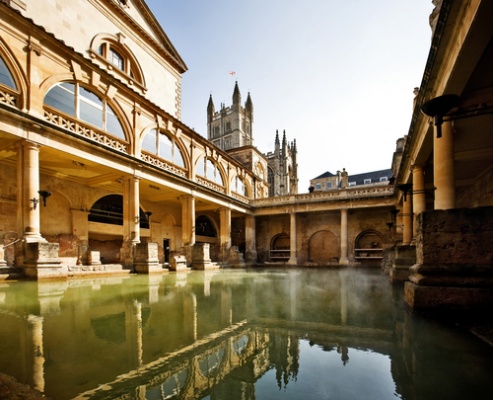 The English Court of Appeal has recently considered the scope of the public policy exception to the enforcement of foreign arbitral awards in RBRG v Sinocore.  Its decision provides a timely reminder of the English courts’ non-interventionist approach and the deference they will give to findings made by foreign tribunals.

In England and Wales, the provisions of the New York Convention (NYC) dealing with the recognition and enforcement of foreign arbitral awards have been enacted in sections 100-104 of the Arbitration Act 1996.  Those sections give the English courts a domestic statutory basis to recognise and enforce awards made by tribunals seated in other NYC states.

Article V of the NYC provides that the recognition and enforcement of awards may be refused in certain circumstances.  Those grounds for refusal are enacted in section 103 of the English Arbitration Act. Under section 103(3) of the Arbitration Act (reflecting Article V(2)(b) of the NYC), English courts may refuse to enforce awards if it is contrary to public policy to do so.

Public policy is a troublesome concept.  It is necessarily open-ended, and defies attempts to distil from it clear or comprehensive principles.  It is also not immutable: it ebbs and flows with the times – what is censured today, as being against the public interest, may be condoned tomorrow.  Needless to say, such a fluid doctrine can be misused and is therefore treated with caution by the judiciary.  These concerns inspired Borrough J’s famous metaphor of public policy as an unruly horse: “once you get astride it you never know where it will carry you”.

In commercial disputes governed by English law, public policy considerations arise most often as a defence against contractual claims tainted by illegality.  The circumstances in which the defence applies are wide-ranging, but include where the formation, purpose or performance of a commercial contract is illegal.  The illegality can arise from breach of statute or common law and does not need to amount to criminality – fraud in the tort of deceit, for example, is sufficient to engage the public interest.  If the court is satisfied that allowing the claim is contrary to public policy, the effect is that the claimant cannot obtain any order from the court.

The domestic English law in this area is complex, reflecting the wide-ranging nature of the doctrine of public policy. It has also recently undergone significant change.  The Supreme Court, in Patel v Mirza[1],set a new standard for assessing whether a substantive claim should be denied on the basis of illegality.  Following Patelthe approach is now (in summary) to look at a broad range of factors when assessing whether a claim should proceed, including: (i) the purpose of the rule that is said to have been transgressed; (ii) other public polices which may be impacted by denying the claim; and (iii) whether it is proportionate to deny the claim.

These developments in domestic public policy relate to substantive English law claims (as distinct from claims for enforcement of foreign arbitral awards), but are an important backdrop to the decision in RBRG v Sinocore, for the reasons discussed below.

The facts of the dispute were as follows:

·     In April 2010, RBRG and Sinocore entered into a sale contract, under which RBRG agreed to purchase steel coils from Sinocore.  The contract was governed by Chinese law and contained an arbitration agreement providing that any disputes were to be determined by CIETAC arbitration in China.

·     The sale contract required the goods to be shipped from China to the Netherlands any time before the end of July 2010.  The parties also agreed that RBRG would be entitled to inspect the goods prior to or at the time of loading.

·     Subsequently, on instruction from RBRG, Rabobank unilaterally amended the letter of credit by changing the shipment date, from the contracted period to 20-30 July 2010.

·     On 5-6 July 2010, the goods were loaded on a ship in China and genuine bills of lading were issued.  The vessel departed China on 7 July, and Sinocore sent a shipping advice to RBRG which stated that the date of the bills of lading was 6 July 2010.

·     However, when requesting payment under the letter of credit, Sinocore presented forged bills of lading dated 20-21 July.  It seems this was done to comply with the purported amendment RBRG had made to the shipment period in the letter of credit.

·     The Dutch courts issued an injunction preventing Rabobank from paying against the forged bills. Sinocore subsequently terminated the sale contract, alleging repudiatory breach by RBRG, and sold the goods to a third party at a reduced price.

RBRG commenced arbitration proceedings in China for the alleged breach by Sinocore of the inspection provision in the sale contract.  Sinocore counterclaimed, on the basis that RBRG’s unilateral amendment to the shipping period in the letter of credit breached the sale contract.  Although it was not disputed that the bills were forgeries, the tribunal made an award in favour of Sinocore and dismissed RBRG’s claims.  The tribunal held that the fundamental cause of the termination of the sale contract, and of Sinocore’s failure to obtain payment, was the amendment to the letter of credit, not the forged bills.

Sinocore sought and obtained permission from the English court to enforce the tribunal’s award in England. RBRG then applied to the English court, under section 103(3) of the Arbitration Act 1996, to have that decision set aside, on the basis that enforcement of the award would be contrary to public policy as a result of Sinocore’s fraudulent conduct.  At first instance, Phillips J found for Sinocore and RBRG appealed.

On appeal, RBRG’s key arguments on illegality were that:

·     Phillips J should have applied the test in Patel v Mirza to Sinocore’s illegal conduct.  Had he done so, he would have concluded that the award should not be enforced.

·     Phillips J was wrong to find that Sinocore’s claim was not based on its own illegality.  Sinocore failed to obtain payment because it presented forged bills.

Hamblen LJ, in the Court of Appeal, began by surveying the authorities in relation to section 103(3), and helpfully restated the key principles that will be applied by the English courts in such circumstances.  They include the following:

·     However, the public policy ground in section 103(3) should be given a restrictive interpretation.  The wording of section 103 does not require the court to refuse enforcement in every case. Moreover, there is a strong competing public policy interest in favour of giving effect to the purpose of the NYC and the finality of arbitral awards.

·     Where the arbitral tribunal has considered the illegality said to give rise to public policy concerns under section 103(3), and dismissed it, there will be a very strong presumption against going behind the tribunal’s factual findings and reopening the facts of the case.

·     Where the tribunal has found that there is no illegality under a foreign governing law, but there is illegality under English law, enforcement will only be refused where internationalpublic policy is engaged.  In other words, matters that go beyond the merely domestic and engage basic and universal considerations of legality and morality.

·     The degree of connection between the claim sought to be enforced and the illegality must be assessed – the greater the connection, the more carefully the courts will need to consider whether to enforce.

The application of those principles to the facts here led to the appeal being dismissed for the following reasons:

·     The Patel test did not apply, so RBRG’s argument on that ground fell away.

·     The degree of connection between the illegality and the underlying claim, and the nature of the illegality, was insufficient to engage international public policy.  The court noted in particular that: (i) the sale contract itself was not illegal under English or Chinese law; (ii) the illegality was at most attempted fraud since RBRG had not been deceived – they received the shipping advice stating the correct date of shipment; and (iii) Sinocore was never paid under the forged bills and did not claim payment on that basis – instead, it claimed for losses for a prior breach of contract (the amendment).

·     Even if public policy were engaged, the judge held that any public policy considerations were clearly outweighed by the interests of finality.

·     Finally, for good measure, the judge also held that the same conclusion would have been reached even under Patelbecause the illegality was not central, but collateral to the claim.

At a time when English domestic law on public policy and illegality is changing, the courts have reaffirmed the narrow scope of the public policy exception under the NYC to the enforcement of foreign arbitral awards.  The restrictive approach by the English courts to public policy under section 103 of the Arbitration Act preserves the public interest by ensuring that, where parties have agreed to a final and binding process of arbitration, the courts will seek to uphold, and trust, that process to the fullest extent possible.