Is the ECT an obstacle to energy transition? 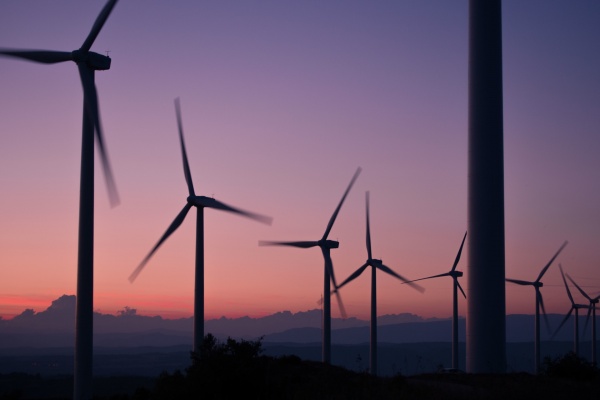 Climate change is one of the most pressing challenges of our time. In response to it, in the 2015 Paris Agreement, governments committed to limiting global warming to well below 2 degrees Celsius. The 2019 European Green Deal set a target of making the EU carbon neutral by 2050. Nevertheless, it would seem that governments are not doing enough to meet these targets. In 2021, courts in Germany and France found the German and the French state, respectively, liable for failing to take the necessary measures to reduce greenhouse gas emissions and limit climate change. Civil society organisations and political groups have placed the blame in part on the Energy Charter Treaty (ECT). According to them, the ECT undermines environmental goals in the energy sector because it protects fossil fuel investments and discourages governments from promoting renewable energy and phasing out “dirty” energy sources.

But is the ECT really an obstacle to energy transition?

The criticism in a nutshell

Essentially, the ECT has been criticised for preventing governments from implementing the legislative changes necessary to transform global energy systems and thus to meet the decarbonisation targets laid down in the Paris Agreement and the European Green Deal. Critics argue that fossil fuel investments will need to be retired early to ensure compliance with the decarbonisation targets. The ECT, however, allows fossil fuel investors to challenge governmental measures that negatively affect the profitability of their investment and to sue governments for billions of euros in compensation by way of investor–state dispute settlement (ISDS). The value of the fossil fuel infrastructure protected by the ECT in the EU, the UK and Switzerland is currently estimated at €344.6 billion.[1] This threat of suit under the ECT by fossil fuel companies has in turn been said to discourage or prevent governments from taking action to mitigate climate change and phase out “dirty” energy sources. To prove their point, the critics refer to the Vattenfall case (following which Germany agreed to pay Swedish energy giant Vattenfall €1.6 billion in compensation for the early phaseout of its nuclear power installation) and the recent suits filed by RWE and Uniper under the ECT against the Netherlands over the planned coal phaseout.

Civil society and different political groups have been very vocal about alleged problems with the ECT. Corporate Europe Observatory and the Transnational Institute were the first to draw attention to the ECT and to the power it allegedly gives big corporations to obstruct energy transition in a June 2018 report entitled “One Treaty to Rule them All”. In December 2019, 278 environmental, climate, consumer, development, and trade-related civil society groups from across the globe wrote an open letter to the ministers and parliamentarians of ECT Signatory States, criticising the ECT for protecting fossil fuel investments, threatening the promotion of renewable energy and undermining necessary climate action. They advocated for the termination of the ECT if it cannot be made climate- and environment-proof.

Generation Climate Europe, along with more than 10 other European youth-led organisations, also called on European heads of state to end the protection of fossil fuel investments and to withdraw from the ECT if it is not aligned with climate neutrality.

In September 2020, a group of Members of the European and National Parliaments argued in a joint statement that the ECT is a serious threat to Europe’s climate neutrality target and, more broadly, to the implementation of the Paris Agreement because it provides protection for fossil fuel investments by means of ISDS and thus multiplies the cost of the ecological transition. The signatories requested the joint withdrawal from the ECT if the protection of fossil fuel investors is not phased out.

Similarly, in an open letter dated December 2020, more than 200 scientists, climate leaders and energy experts called on the EU to take action to meet Europe’s climate ambitions and to withdraw from the ECT. Later that month, four French ministers and state secretaries publicly stated that the EU and its Member States should withdraw from the ECT if it cannot be reformed to exclude fossil fuel investments from its protection. The French position was echoed by Spain in February 2021.

The ECT as a neutral instrument

The ECT was negotiated in the early 1990s and signed in 1994 with the aim of improving the security of the East–West energy supply, maximising the efficiency of production, conversion, transit, distribution and the use of energy, and protecting energy investments in post-Soviet era. At the time, climate change was not a pressing concern and green energy technology was virtually non-existent. In the 1990s, capital mainly went into those energy sources that were accessible and economically viable at the time, i.e. nuclear and fossil fuel, which is why the ECT is currently viewed by some as exclusively protecting fossil fuel investments. Even so, the ECT is surprisingly forward-looking; in pursuit of sustainable development, it calls upon Signatory States, inter alia, to take account of environmental considerations in the formulation and implementation of their energy policies, to take precautionary measures to prevent or minimise environmental degradation and to have particular regard for improving energy efficiency, developing and using renewable energy sources and employing technologies and technological means that reduce pollution.[2]

While the ECT does protect fossil fuel energy investments, it does not protect only investments of the kind. Rather, the ECT takes a holistic approach to the energy sector – covering any “Economic Activity in the Energy Sector” – and is technologically neutral. It protects electrical energy investments irrespective of the technology used to produce that energy (see Annex EM I to the ECT). Thus, investments in the renewable energy sector, which has gained considerable ground since the 1990s, equally enjoy the protection of the Treaty.

Indeed, the ECT has been more frequently invoked by renewable energy investors when protecting their investments than by “dirty” fossil fuel investors. Of the 136 publicly known ISDS cases brought under the ECT to date, 83 concerned renewable energy, while only 44 related to fossil fuels.[3]

While the ECT is a frequently invoked investment treaty, the ability of fossil fuel investors to bring claims under the ECT does not mean that they will necessarily win the proceedings or that they will be awarded the requested sums in full. Only around 40% of the final awards rendered on the basis of the ECT found a breach of the Treaty and awarded damages, which only in eight cases amounted to 50% or more of the initial amounts claimed. Moreover, arbitral tribunals sitting under the ECT have confirmed that host States are entitled to maintain a reasonable degree of regulatory flexibility to respond to changing circumstances in the public interest, including to mitigate climate change, provided the public response is made fairly, non-retroactively, consistently and predictably, taking into account the circumstances of the investment.

Thus, States can regulate to mitigate climate change without the fear of large compensation awards if they adequately take into account the interests of all affected stakeholders. For example, Germany enacted a law in August 2020 aimed at phasing out coal power by 2038 at the latest. Further to this law, an agreement on reducing and ending lignite power generation was signed between the German government and lignite power plant operators. This agreement foresees the payment of compensation for the closure of the power plants and, in exchange, the waiving of the operators’ right to legal action, inter alia under the ECT.

According to the German State Secretary at the Federal Ministry of Economics and Technology, this agreement provides planning and legal certainty for the operators and has three decisive advantages: “(f)irst, there is a comprehensive waiver of legal action on the part of the operators. They cannot appeal against the coal phase-out. Secondly, the compensation payments for the reclamation of the opencast mines are secured. And thirdly, the agreement gives the federal government the option to bring forward all closure dates in the 2030s by a further three years, without additional compensation. This preserves the room for maneuver in terms of energy policy, even in the event of possibly stricter climate targets in the future”.[6]

It follows that the ECT need not necessarily lead to a regulatory chill. Tellingly, neither France nor Germany invoked the ECT to justify their failure to take adequate legislative action against climate change in the aforementioned litigations.

In response to this criticism, a wide range of proposals have been made, from terminating the ECT altogether to reforming it so that it encourages low-carbon energy investments and discourages carbon-intensive ones.

“Greening” the ECT has become one of the most heavily debated objectives of the ECT modernisation process launched in 2018. The incorporation of sustainable development into the ECT is supported by Azerbaijan, the EU, Georgia, Luxembourg, Switzerland and Turkey but is opposed by Japan and other signatories whose economies remain dependent on oil, gas and coal.

The most vocal proponent of ‘greening’ the ECT remains the EU, which recently made several proposals in an effort to align the ECT’s provisions with its energy transition goals.

Second, the EU proposal seeks to reaffirm States’ right to regulate in the public interest, including for the protection of the environment.

Third, the EU has proposed a new obligation on Signatory States to “effectively implement” the Paris Agreement. Compliance with this new obligation would be enforceable via the State-to-State arbitration mechanism provided for in the ECT. Given that the Paris Agreement has no enforcement mechanism itself, this proposed amendment of the ECT could be an important step toward accelerating energy transition.

Any amendment of the ECT requires the unanimity of the 55 Signatory States. Given their opposing interests, however, it is unlikely that the amendments proposed by the EU will be accepted by all. In light of various Signatory States’ calls for withdrawal from the ECT if it is not sufficiently “greened” and the pressure from civil society, the ECT has arrived at a turning point in its history.

The ECT as an instrument of energy transition

Terminating or withdrawing from the ECT would neither put an end to ISDS claims by fossil fuel investors nor contribute to quickening the pace of decarbonisation. Indeed, the ECT’s survival clause allows existing fossil fuel investors to bring compensation claims for another 20 years following the Treaty’s termination. Moreover, complying with the Paris Agreement and achieving the EU Green Deal objective will require significant investment from both the EU and the national public sector, as well as the private sector. It is estimated that approximately €260 billion in investments per year will be required by 2030, of which only one third will come from the EU.[7] The ECT can help to mobilise the massive private investment that will be needed to fill the gap by guaranteeing protection to renewable energy investors. As Urban Rusnák explains, “the Paris Agreement and UN Sustainable Development goals require huge investment in sustainable energy sources. But the Paris Agreement does not protect energy investment, trade or energy exit. This is where the [ECT] can play a key role.”[8] Thus, rather than terminating the ECT (as called for by civil society and certain political groups), keeping it and its protection guarantees will promote climate objectives. The ECT is not an obstacle to but an instrument of energy transition.

[5] Interview: A new Energy Charter Treaty as a complement to the Paris Agreement, Borderlex, 18 June 2020.

[8] Interview: A new Energy Charter Treaty as a complement to the Paris Agreement, Borderlex, 18 June 2020.