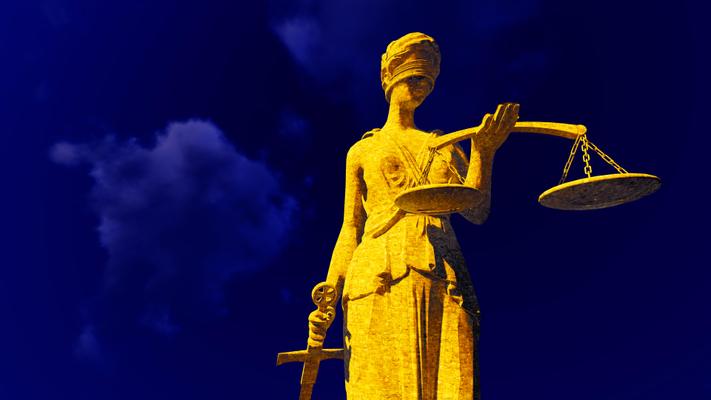 The English courts have a powerful arsenal of tools available to assist victims of international fraud, whether domestic or foreign. This article examines the recent practice of the English courts, which shows a continued willingness to provide vital assistance in investigating fraud claims and concealed assets, even when the connection to the UK may be limited.

Freezing orders: the most powerful tool

A freezing order continues to be a fraud victim’s “nuclear weapon” (see article byS. Philippsohn and J. Gould in this section — Arbitration.ru). It prohibits a person from dealing with or disposing of their assets, save as permitted by the order. It may apply to assets located in England and Wales, or, if those assets are insufficient, the court may grant a “worldwide freezing order” (“WFO”).

Freezing orders may be granted in support of court litigation and arbitral proceedings and are available before or after commencement. It is necessary to show, among other things, there is a “real risk” the respondent’s assets will be dissipated before judgment is obtained. Often in practice, this is the most difficult requirement to satisfy. However, recent cases suggest that if the underlying claim involves dishonesty, this may go a long way towards satisfying the court there is a risk of dissipation.[1]Freezing orders are therefore a particularly useful tool in fraud cases.

From an international fraud perspective, freezing orders are attractive because English courts may grant them in support of foreign proceedings if the respondent is resident in England or has assets located there. Further, in certain circumstances, the English courts may be willing to grant them in support of foreign proceedings even if the respondent is located abroad and has no assets in the jurisdiction. It will usually be necessary to show some other significant “connecting link” between the subject matter of the freezing order and the territorial jurisdiction of the English court.[2]

However, the recent caseArcelorMittal USA LLC v Essar Steel Ltd and others[2019] EWHC 724 (Comm) suggests that, in cases involving international fraud, the English courts may be willing to grant a WFO even if the subject matter of the order has only a relatively weak connection with England. The case concerned enforcement of a US $1.3 billion award of a Minnesota-seated ICC tribunal by ArcelorMittal USA (a Delaware company) against Essar Steel (a Mauritian company with no substantial assets in England). As part of its enforcement strategy, ArcelorMittal obtained permission to recognise and enforce the award in England and successfully sought a WFO, a Norwich Pharmacal order and search orders.

In another recent case, CMOC Sales & Marketing Limited v Persons Unknown[2018] EWHC 2230 (Comm), it was established that a freezing order may even be granted against “persons unknown”. CMOC was the victim of an email account hack involving fake payment instructions to banks and further transfers to accounts around the world. The freezing order was granted even though the applicant could not identify all the relevant banks and account holders. The court also took a novel and pragmatic approach to service of the freezing order, allowing service by WhatsApp, Facebook and an on-line data room.

A freezing order will almost always be accompanied by an asset disclosure order. However, the draconian nature of a freezing order means the courts will not grant one lightly. Victims of fraud should therefore not overlook the English Court’s power under Civil Procedure Rights 25.1(1)(g) to order a respondent to disclose information about assets “which may be the subject of an application for a freezing injunction” in the future. The threshold for obtaining such orders is reasonably low, and they can be very helpful for gathering evidence needed to later obtain a freezing order. They can also be an effective way of putting pressure on a defendant who is sensitive about disclosing the nature and location of their assets.

The recent decision of the Eastern Caribbean Supreme Court in Emmerson International Corporation v Vekselberg and others (BVIHCM2013/060, 29 October 2018)confirmed that the threshold for obtaining such an order under the identical provision in its Civil Procedure Rules is materially lower than the threshold for obtaining a freezing order. The decision highlights that provided the information sought is appropriately targeted and the jurisdictional test is satisfied, the balance of convenience will usually weight in favour of granting the asset disclosure order.

A Norwich Pharmacal order[3](“NPO”) is perhaps the most effective early stage evidence gathering tool available to parties investigating fraud. It requires a party that has been “mixed up” in wrongdoing to disclose information necessary for the applicant to seek legal redress. NPOs are available in support of English court proceedings as well as arbitral proceedings (both foreign and domestic).[4]

NPOs are useful in international fraud cases as provided the respondent to the application is in England, it is irrelevant where the wrongdoer is located. There is some recent case law suggesting the English courts may be willing to grant an NPO even if the respondent is located overseas. In Sabados v Facebook Ireland[2018] EWHC 2369 (QB), an NPO was granted against Facebook (domiciled in Ireland) on the basis that the applicant arguably suffered damage in England.

Ancillary relief in support of proprietary claims: follow the money

Sections 43 and 44 the UK Arbitration Act 1996 also empower English courts to make orders to aid arbitral proceedings, including to secure witness testimony and documents and to preserve evidence. They provide users of arbitration with access to many of the procedural tools available in English litigation. Notably, these orders are not limited to UK-seated arbitration, but relief may be refused in cases of arbitration seated overseas if it is “inappropriate” to make the order.

Both UWOs and AFOs have recently been granted by the English courts. A UWO was granted against the wife of the former chairman of the International Bank of Azerbaijan who is wanted by the Azeri government on charges of embezzlement (see article by K. Kroll in the Russian section — Arbitration.ru).[5]An AFO was granted against the son of the former prime minister of Moldova, who was imprisoned for embezzlement, based on evidence the son’s funds were the proceeds of his father’s criminal conduct.

Although a private party cannot apply for these orders, they may assist by preventing fraudsters from dissipating the proceeds of fraud or by forcing them to disclose relevant information. It remains to be seen in the coming years whether these tools prove to be materially useful to private parties wishing to bring related civil proceedings.

Under English law there are a wide variety of tools available to assist victims of fraud gather the evidence they need to bring claims and track down and preserve the proceeds of fraud. The English courts are alert to the challenges faced by claimants in international fraud disputes, and they are constantly refining and developing their jurisdiction to grant effective ancillary relief to assist claimants overcome these challenges.