The Energy Charter Treaty and climate change: The need for a closer look 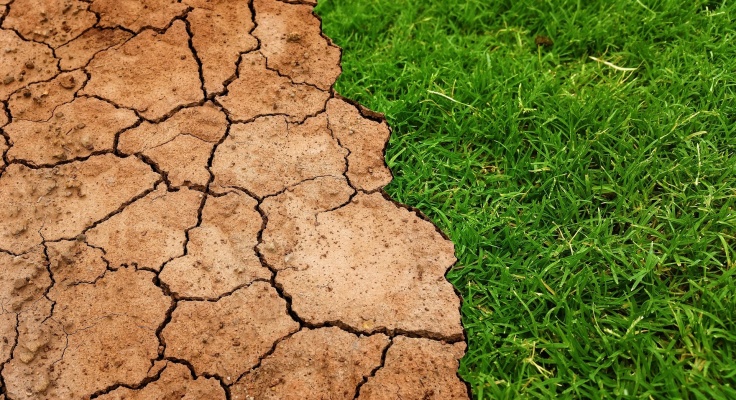 As a consequence of global warming, global consensus has been building on the need for a massive overhaul of global energy systems. In the 2015 Paris Agreement, which by 2021 had been signed by 194 states and the European Union, the parties agreed to “holding the increase in the global average temperature to well below 2°C above pre-industrial levels and pursuing efforts to limit the temperature increase to 1.5°C above pre-industrial levels”.[1] To reach this target, the world needs to transition from fossil fuels to renewable energy sources – and to do so quickly.

Many governments and organisations have also set ambitious goals to cut greenhouse gas (GHG) emissions by 2030,[2] or to become climate-neutral by 2050.[3] But according to Executive Director of the International Energy Agency (IEA) Fatih Birol, current state commitments are not enough to reach the Paris Agreement target, and “the data does not match the rhetoric.” [4] At the Leaders’ Summit on Climate hosted by US President Joe Biden in April 2021, Birol cited IEA analysis showing that “about half the reductions to get to net zero emissions in 2050 will need to come from technologies that are not yet ready for market.”[5] This foretells a tremendous need for investment in research, development and scaling in all economic sectors – but perhaps most importantly in the energy sector.

In its landmark report Net Zero by 2050: A Roadmap for the Global Energy Sector,[6] released on 18 May 2021, the IEA explains the need for a historic surge in clean-energy investment. The Roadmap also stipulates that no investments should be made in new fossil fuel supply projects, and that no further final investment decisions should be made for new unabated coal plants.

The multilateral Energy Charter Treaty (ECT) is arguably the most important of the bilateral and multilateral trade agreements that govern trade and cross-border investments in energy and energy-related transactions. It establishes a framework for cooperation in the energy industry, provides for free trade in energy products and freedom of energy transit, and aims to stimulate foreign direct investments. Signed in 1994, the ECT resulted from an international effort to facilitate cross-border energy transactions following the end of the Cold War, and today has more than 50 state signatories from Europe, Central Asia, and other regions.

Examining the role of the ECT in the Paris Agreement era

The ECT is currently undergoing a thorough revision – commonly referred to as the ECT modernisation process – and the member states have undertaken several rounds of negotiations, including three rounds in 2020 and a total of five rounds scheduled for 2021.[7] Whether and how the ECT should be revised in order to align with the Paris Agreement and to support the necessary energy transition is a hotly debated issue.

The current, original version of the ECT contains a plethora of provisions on sustainability, environmental impact assessments, renewable energy, and coordination of energy policy among signatory states. These provisions, however, have not received much attention in the debate over the ECT’s role in the energy transition. Rather, it is the ECT’s investment protection chapter that occupies centre stage.

To objectively assess the ECT’s capacity, or lack thereof, to support the global clean-energy transition, it is necessary to look at both the language of the treaty and the implementation of that language to date. It is in investor-state arbitrations that the treaty’s language is contested, interpreted, and given effect, and – more specifically – where the treaty’s investment protection provisions interact with member-state energy policy.

However, to date there has been no comprehensive study assessing how arbitral tribunals have interpreted the ECT and weighed its investor protections against its environmental provisions and against the energy policies of host states – information that would help member states and other stakeholders fully comprehend the need for appropriate and effective reforms.

Assessing the ECT’s capacity to support the clean energy transition

Almost 140 investor claims have been initiated to date under the ECT, and 72 arbitral awards have been rendered.[8] How many of these awards have interpreted the ECT investment protections in their full context, including the environmental objectives of the treaty itself? And to what extent have tribunals considered the host state’s energy policy and its international commitments when assessing and deciding investor-state claims? In how many of these 72 awards does the outcome align with the objectives of the UN Framework Convention on Climate Change (UNFCCC)? The answers to these and related questions should be central to the modernisation process and the future of the ECT.

In pursuit of such answers, the authors of this article – co-founders of the Stockholm-based consultancy Climate Change Counsel – are currently involved in a study of the entire body of investor-state jurisprudence under the ECT. The aim of the study is to increase the depth of understanding of the ECT and its interactions with national energy policy in member states. This will enable stakeholders to advocate for meaningful reforms to ensure greater alignment with the Paris Agreement both of the ECT text (through reform) and its implementation (through arbitral practice).

The study will review the ECT investor-state jurisprudence to date to determine, first, whether the arbitral awards aligned with or departed from the host state’s energy policy at the time when the dispute arose, and second, if the outcome of the awards was supportive of energy transition.

A closer look at the jurisprudence is necessary to understand the ECT’s relative alignment with the Paris Agreement and its role in achieving global energy transition goals. Where the outcome of an investor-state arbitration does not appear supportive of energy transition, it cannot be assumed that the reason behind that outcome is squarely in the treaty – the reason may be the host state’s policy, the tribunal’s interpretation of the treaty, or the argumentation by counsel.

A deeper understanding of these issues will inform the debate around meaningful reform of the ECT – not only of the treaty text, but also its implementation.

The scope of tribunal authority to interpret the ECT

When it comes to the implementation of the ECT, it is possible that tribunals and parties do not make use of all relevant provisions in the treaty as it currently stands. According to principles of judicial interpretation, legislative text can be read and applied very differently based on context and circumstances. Similarly, a treaty text is only words on a page until it is interpreted and applied by lawyers – by counsel representing investors and host states, and by the arbitrators that decide the investors’ claims.

The ECT includes some instructions for arbitral tribunals on how to interpret the provisions of the treaty. Article 26(6) stipulates that “A tribunal established under [the ECT investment protection provisions] shall decide the issues in dispute in accordance with this Treaty and applicable rules and principles of international law.” In other words, tribunals should take the entire text of the treaty into account and interpret it in the context of other international legal instruments.

Has the ECT been fully utilised to date?

It could be argued that the requirement in Article 26 that tribunals should decide investment claims “in accordance with this Treaty” includes the treaty’s environmental provisions. Article 19, for example, requires that signatory states “minimise, in an economically efficient manner, harmful environmental impacts arising from energy use” and that they “take account of environmental considerations throughout the formulation and implementation of their energy policies”.[9] The treaty also includes a protocol on energy efficiency and environmental matters.

Where the outcome of an award rendered under the ECT appears not supportive of the clean energy transition, for instance where the outcome protects fossil fuel investments, the Climate Change Counsel study will examine whether the tribunal considered these environmental provisions, and whether arguments based on these provisions were made by parties.

It could also be argued that the requirement in Article 26 that tribunals decide investment claims “in accordance with . . . applicable rules and principles of international law” includes the host state’s binding international commitments for climate change mitigation. This may include the UNFCCC and its progeny, such as the 2015 Paris Agreement, and other international instruments relating to energy transition, clean energy, or sustainable development.

Where the outcome of an award is not supportive of the clean energy transition, the study will examine whether the tribunal has considered applicable rules and principles of international law, and whether arguments based on such rules and principles were made by the host state. Finally, the study will investigate how often other stakeholders have stepped in as third-party amicus curiae to alert the tribunal of all relevant circumstances, including applicable international legal provisions.

A deeper analysis of the jurisprudence to date will show whether the ECT – including all its relevant provisions – has been fully utilised in support of energy transition. This may inform the debate around meaningful reform of the ECT, and may also indicate how the existing version of the treaty could be interpreted in support of energy transition right away, while the modernisation process is still underway.

The larger context: Investment agreements in the Paris Agreement era

In the Paris Agreement, signatory states have agreed that their contribution to global greenhouse gas reductions should reflect their “highest possible ambition”.[10] This commitment – which should be construed as a binding obligation under international law[11] – creates a new context for investment protections in bilateral or multilateral trade agreements, such as the ECT. Arguably, the legitimate expectations of investors protected under such treaties should now be assessed and weighed against the needs of member states to regulate for the clean energy transition to which they have committed.

Meeting the objectives of the Paris Agreement to significantly limit global warming will require unprecedented levels of investment in energy research and development, supply and storage, transit and infrastructure. In March 2021, the International Renewable Energy Agency (IRENA) stated that USD 131 trillion will be required for energy transition between now and 2050, corresponding to USD 4.4 trillion on average every year.[12] Similarly, the IEA explains in its May 2021 report Net Zero by 2050: A Roadmap for the Global Energy Sector that its net-zero pathway is built on annual investments of USD 5 trillion.[13]

Whether there is a role for investment protection in mobilising these funds is a debated issue.[14] However, a major overhaul of trade agreements, even if accomplished, is unlikely to take effect within the short time frames of the global climate targets. The ECT, for example, has a “sunset clause” pursuant to which protections continue to apply to existing investments during a 20-year period after a state’s withdrawal from the treaty.

Therefore, while continuing to pursue reform, it may also be wise to figure out how the current international legal framework can best be used in support of energy transition and climate change mitigation. To do this, a good place to begin is by examining the interplay between investment protection as enshrined in the ECT and the energy policies and international commitments of host states.