Why the Prague Rules may be needed? 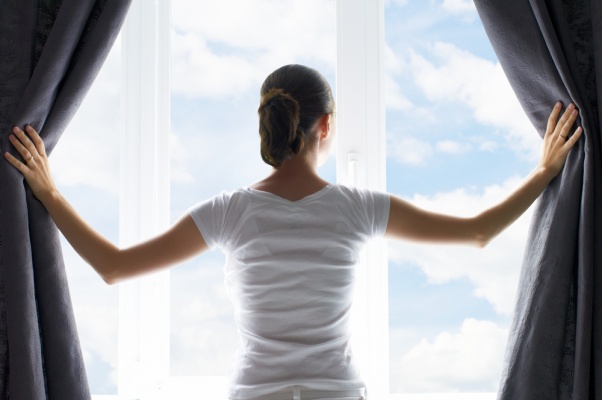 The so-called Prague Rules were published in draft form very early on. Since then, there have been a number of revisions with updated drafts being published. This was perhaps one of the reasons why they attracted so much attention (primarily in the form of criticism) from the arbitration community. With one final revision of the text to go and with the launch of the Prague Rules scheduled for 14 December 2018 in Prague, it may be a good time to look at why they may be needed.

Being a co-chair of the working group on the Prague Rules and having been heavily involved in their drafting, I am of course not independent and impartial. However, the views expressed in this blog are my own and do not necessarily reflect the position of the working group or any of its members.

Rationale behind the Prague Rules

The Prague Rules are rules on efficient conduct of proceedings in international arbitration. While originally intended as rules on the taking of evidence based on the inquisitorial model, the project later evolved to include other case management techniques, including, for example, settlement facilitation by arbitrators.

The drafters never intended to come up with something unheard of or innovative. Indeed, the model proposed by the Prague Rules is largely based on the civil law procedural tradition and the way arbitral proceedings are conducted in non-common law jurisdictions. The techniques gathered in the rules will be familiar to many non-civil law arbitration practitioners as well. The Prague Rules simply put these techniques together in one document.

Neither were the Prague Rules intended to replace the IBA Rules on the Taking of Evidence in International Arbitration 2010 or suggest a better way of organising and conducting an arbitration. Why, then, would they be needed in the first place?

Time and again we hear user complaints that arbitration has become too costly, too lengthy and too procedural; that it has lost its flexibility, at least in part because there are some mainstream default proceedings often assumed by arbitrators and counsel. The mainstream international arbitration is a very much counsel-driven process, based significantly on the common law adversarial procedural tradition. Sometimes this is appropriate, when the case is complex, fact-heavy and has a lot at stake. Oftentimes, this turns into an unbearable burden to the parties, who do not want to spend years and millions of US dollars on the resolution of their commercial dispute.

Arbitral institutions have sought to address this by introducing expedited proceedings, which are intended for smaller disputes. But, in reality, larger cases may be simple and relatively straightforward.

I would suggest that two things are needed in order to enhance efficiency of arbitration proceedings and ensure a bright future for arbitration as a dispute resolution method. The first is to embrace flexibility. To do so, arbitrators and party counsel must always carefully and with an open mind think about what procedure is appropriate and necessary for the resolution of a particular dispute. This means not commencing the proceedings with the standard form PO1 in mind. It also means embracing other legal cultures and procedural techniques, which may be foreign to the arbitrators’ home jurisdictions. Just as civil law trained arbitration practitioners embraced cross-examination in international arbitration, common law trained lawyers may need to accept that witnesses and document production may not be needed to establish the facts of the case. Of course, embracing flexibility requires more energy and dedication, but this is the only way to serve the users of international arbitration with what they actually need. To this end, the Prague Rules serve as a reminder that there are alternative techniques available to arbitrators and counsel, and that those techniques should at least be considered and then adopted in appropriate cases.

The second thing is the need for a strong tribunal which does not suffer from due process paranoia. Interestingly, the judges in almost any jurisdiction (whether common or civil law) would never tolerate the behavior one often sees from the parties in arbitration. Missing deadlines, introducing last moment evidence, bombarding the decision-makers with thousands of pages of documents, endless procedural requests and applications; all of these are hallmarks of modern arbitral proceedings. Many arbitrators accept that their role is to endure all of this because the procedure is driven by the parties’ lawyers and is paid for by the parties. Arguably, many parties want arbitrators to be more robust in managing proceedings, if they think this may protect them from possible abuses by the opposing party. To this end, the Prague Rules provide for arbitrators to have strong case management powers, in the hope that this may heal at least some of due process paranoia if the parties agree to such powers expressly (rather than impliedly).

Role of the tribunal

Where counsel proves unable in many instances to organise proceedings in the most efficient way, arbitrators are perhaps better suited. Indeed, parties’ counsel always have to have their own party’s interests in mind. And let’s be realistic: these interests are not always aligned with the expeditious and efficient resolution of a dispute. Arbitrators, on the other hand, are supposed to be impartial and independent.

Thus, arbitrators have broad discretion to request that parties produce documentary evidence or a witness for the hearing, as well as refusing an application for document production (article 4) or calling a witness for examination at the hearing (article 5). Arbitrators may appoint an expert if they feel they need specialist knowledge to resolve the matter (article 6). They may decide to apply the rules of law or use the legal authorities not relied upon by the parties, but they would need to provide the parties with an opportunity to comment (article 8). They should adopt the procedural timetable and in doing so they may decide to determine certain issues of fact or law as preliminary matters, limit the number of rounds for exchange of submissions and the length of submissions, as well as fix strict time limits for the filing of submissions (article 2.4).

Of course, to do all of that, arbitrators will need to rely on the information provided to them by the parties They may therefore seek clarifications from the parties (at the case management conference or at a later stage) on:

The rules also encourage the tribunal to indicate to the parties to as early as possible:

It could be said that this approach goes against the parties’ autonomy and their ability to present the case as they feel appropriate. In reality, however, there is no issue about party autonomy if the parties agreed to these procedures by adopting the Prague Rules. And the truth is that it’s better to learn the views of your tribunal with respect to these matters as early as possible, instead of pleading the case the way you (but not necessarily your tribunal) believe to be helpful only to find out the tribunal’s view on this in the final award. No reasonable counsel can honestly believe that lack of guidance is better than some guidance which may allow you to adopt your advocacy.

Some critics say that by the time of the case management conference, the tribunals are usually not familiar enough with the case to make these types of decisions. Well, if we ask the users whether they think it would be desirable for the tribunal to seek to understand the case as early as possible, the answer would almost inevitably be yes. In many instances, all that is required is a properly made request and answer, as well as some diligence by the tribunal in preparation for the case management conference. Really, if the tribunal cannot turn their minds to the case that early, how is it in a position to record the appropriate procedures in the PO1 form and develop the appropriate timetable?

Although the Prague Rules expect the tribunal to deal with these issues as early as possible, if the case management conference is not an appropriate, the tribunal should do so at a later stage.

What do the parties and their counsel need to do?

First and foremost, the parties and their counsel need to accept that no procedure of decision-making is 100% error-proof. Human frailty means that mistakes are inevitably inherent in dispute resolution. You may spend an amount close to the yearly budget of a small country on your case but still be unhappy with the result.

Having accepted this bitter truth, one can then turn to the cost/ benefit analysis of spending a fortune and years on any given case. While some cases may well be worth it, many others are not. Accordingly, and although it may be uncomfortable for some lawyers, there are many cases which are resolved more efficiently if lawyers are not given every possible (and impossible) opportunity to present their client’s case. Sometimes, it is more efficient for the procedure to be driven by the tribunal.

Secondly, if there is an expectation that the tribunal will need to make procedural decisions (on witnesses, document production, burden of proof and so on) early in the case, this has a bearing on the way the case should be presented to the tribunal. Arguably, in such circumstances, it may not be appropriate to leave it until just before the hearing to put your party’s case. Arguably, you will need to put all of your cards on the table as early as possible; you will also need to be able to explain to the tribunal why you need this witness or that document with reference to your pleaded case. This implies that your request for arbitration may be somewhat longer than usual five or six pages, but that is neither unheard of nor novel.

The Prague Rules were never intended to present a novel or perfect view on how to conduct arbitrations. The intention is to make parties and arbitrators think about which of the procedural techniques are better for any given case. Tribunals and parties may well choose to adopt the IBA Rules, the Prague Rules or a combination of both. Indeed, they may also develop an alternative procedure for their particular case.

This shows how users can take advantage of the inherent flexibility of arbitration. To my mind, this is the only way to keep international arbitration going.