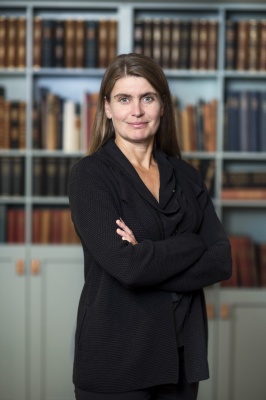 The movie “The Quiet Triumph – How Arbitration changed the world” beautifully tells how arbitrators contributed to resolution of political and trade conflicts worldwide, facilitating trade and thus helping to diminish poverty. Who came up with the idea of the movie?

The idea of a movie to celebrate the SCC 100 year anniversary was born in 2014 when I ran into Gerald Aksen at the IBA Annual Meeting in Boston. We started talking about his experience from the early days with the SCC in Stockholm, and it just occurred to me this was a story we needed to capture. And the idea of a movie where the main players from the SCC history shares their experience was born. In the following years we travelled to Beijing, Moscow and New York for interviews, and of course we also made interviews with key persons in Stockholm.

As the project evolved we had many discussions on the content with the director Martin Borgs. My ambition from the very start was to communicate the big picture. I felt strongly at the time that not enough was done to speak about the positive elements of arbitration and its accomplishments globally. We wanted to use this opportunity to put the spotlight on the immense value of international arbitration for trade, economic development and peace. Anyone involved in international arbitration should feel proud when they left the movie theatre. And I wanted people outside arbitration to learn something new.

We were lucky to be able to involve many amazing persons in the project, not least Nina Lagergren[1]and her family who shared generously with their time and content from the family archives of Gunnar Lagergren.

Are there plans to shoot the next movie and, if yes, what would you devote it to? There are no immediate plans for another documentary, but I am sure in the coming years we will see an increase in the use of film and videos to share what international arbitration is all about.

In 2017 we launched an international competition to crowd source international law – the Stockholm Treaty Lab – and video has been an important part of describing both the purpose of the competition, but also the outcome, which was announced in 2018.

It is certainly true that historically, the SCC’s first international cases did involve Soviet parties. Since then the SCC case load has become quite diverse in terms of nationalities, and today we see 35-40 different nationalities annually among SCC parties.

The character of disputes has also become more diverse. We have for example seen an increase of investment and pricing disputes, which were almost unknown in the early days. And given the general trends but also our specific experience of East-West, I would not be surprised if we would see an increase of cases from China ahead, but we also have a strong presence in the Baltic Area at large.

Do you see the same trends for international and domestic disputes? Ad hoc arbitration has always had a very strong foothold in Sweden, but in recent years our domestic cases have increased quite substantially, which suggests that the SCC’s efforts in improving the rules and making them user-friendly produced results. As in the international caseload we see a significant number of energy-related contracts. Another parallel type of cases in domestic and international cases are M&A disputes. On the domestic side these disputes account for approximately 25 – 30% of the caseload.

What are the most common mistakes counsel make when submitting a claim or a claim to the SCC?

The majority of counsel we see are very professional, and many also appear before us regularly which means they are familiar with SCC routines and procedures. This serves their clients well in terms of efficiency.

I would say there is no common general “mistake” we see from counsel. Clarity is of course always extremely important, as is to make sure to study the rules carefully. Not all institutions are the same.

Sometimes details demonstrate procedural differences between different jurisdictions. One example is when parties claim “any other relief the tribunal may deem fit.” This claim cannot result in any new relief, as Swedish arbitration law requires that prayers for relief should be clear and specific.

In Russia, ad hoс arbitration is now nearly banned. What is the opinion on ad hoc arbitration in Sweden? Is it a rival to the SCC?

Arbitration has been deeply embedded in the Swedish tradition for many centuries, and enjoys great acceptance not only among business at large but also from courts and legislators. And traditionally this has meant ad hoc arbitration. But in recent years institutional arbitration has become more used also in domestic cases. I would say there is no real rivalry; there is no “one size fits all” and each contract needs to be assessed individually. But given the growing number of domestic SCC cases I would say that more and more users are seeing the advantages of institutional arbitration, which of course we welcome.

The SCC team also works with various forms of proceedings, including non-administered arbitrations, providing the parties and ad hoc tribunals with services such as appointments, record-keeping and fund-holding.

Is SCC planning to opt for permission to open a branch in Russia?

The SCC does not have any plans to open a branch in Russia at this time.

If we try to imagine international commercial arbitration in ten years ahead, how do you think it will it be different from today?

The fundamentals of arbitration will not change, but the tools will. Perhaps the biggest change will be more technically advanced tools. Digital platforms will likely replace today’s communications by e-mail and various postal/courier services. Hard copies will disappear while electronic filing and document sharing systems will provide smooth and seamless document flow for everyone involved in the case.

Another consequence of digitalization is the increasing use of AI. It is still very early and not clear where this will take us in ten years, but I am sure big data and computer learning will play important roles in arbitral processes in the future.

[1]Spouse ofGunnar Lagergren(1912-2008), a renowned Swedish arbitrator who, inter alia, played a decisive role in a Rann Kutch border dispute arbitration between India and Pakistan and the Taba arbitration over Sinai territories between Israel and Egypt.