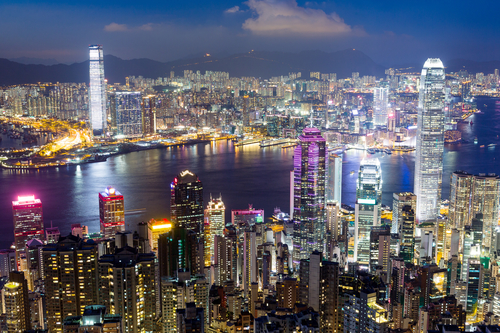 Hong Kong International Arbitration Centre (HKIAC) was the international arbitration institution that applied for the permission from the Russian Government to administer arbitration proceedings in Russia. (Arbitration.ru covered this topic in the previous issue). Following the launch of the HKIAC new arbitration rules (see this issue), we offer our readers a first-hand interview with the management of this renowned institution.

Known as “Asia’s world city”, Hong Kong has long been a pioneer of international arbitration in Asia, with a long standing and ever-growing commitment to the field.  Such commitment has led the region in multiple ways; for example, Hong Kong was the first major jurisdiction in Asia to base its arbitration legislation on the 2006 UNCITRAL Model Law; Hong Kong was the first jurisdiction in Asia to devolve default appointment powers from the court to an arbitral institution; Hong Kong is the only Asian jurisdiction to expressly recognise emergency relief as enforceable whether issued in or outside of Hong Kong.

Hong Kong benefits from a mature, pro-arbitration judiciary made up of specialist arbitration judges, and a court of final appeal comprised of permanent senior Hong Kong judges and non-permanent senior judges from other common law jurisdictions. Together these judges have produced consistently non-interventionist case law that demonstrates both Hong Kong’s understanding of, and support for, the arbitral process.

Hong Kong awards maintain a strong track record of enforcement in China.  The excellent enforcement record is a key reason why Hong Kong has long been a top choice among foreign parties when selecting a venue to arbitrate with Chinese parties.

HKIAC does not officially follow the fate of its awards once the arbitration concludes. However, in practice within the secretariat, HKIAC keeps careful track of cases which are reported in court judgements where parties seek to set aside the award or resist enforcement. More information about enforcement of awards in Hong Kong could be found at: http://www.hkiac.org/about-us/statistics/enforcement-awards.

The 2013 HKIAC Administered Arbitration Rules have been widely regarded as one of the market-leading set of rules with a number of innovative provisions, such as the availability of two options to pay arbitrators’ fees, leading HKIAC to receive a nomination for a GAR award in 2014. In August 2017, the HKIAC launched a rules revision process to consider amendments to the 2013 HKIAC Administered Arbitration Rules (“2013 Rules”), having regard to the latest trends in international arbitration, feedback from users and HKIAC’s past case management experience.  Under its 2018 rules, the HKIAC has sought to maintain its "light touch" approach, seeking to facilitate effective institutional involvement within a framework that recognises the importance of party autonomy. It is well-established practice in international arbitration for a tribunal secretary to be appointed to assist an arbitral tribunal, particularly in large and complex matters. Intergovernmental arbitral institutions such as the Permanent Court of Arbitration, the International Center for the Settlement of Investment Disputes and the Iran-United States Claims Tribunal offer tribunals assistance through their permanent legal staff. HKIAC is the only international commercial arbitral institution to provide such a service.

·      Hong Kong is often described as a jurisdiction open to Russian business. Do you have Russian parties in HKIAC? Is there an increase or fall in their numbers in recent years?

HKIAC has taken a number of measures to strengthen it’s position to handle disputes involving Russian parties.   HKIAC has been closely monitoring arbitration-related developments in Russia as the new Russian arbitration laws (which came into force on 1 September 2016) require arbitral institutions (including foreign institutions) to obtain a license from the Russian government if they wish to administer cases seated in Russia or corporate disputes concerning Russian companies.

The HKIAC’s Panel and List of Arbitrators now include 30 Russian-speaking arbitrators.  We have yet not appointed any Russian arbitrators.

HKIAC offers parties the ability to foresee and control the costs of their arbitration by expressly offering parties a choice to determine the arbitral tribunal’s fees – either by reference to agreed hourly rates or on the basis of the amount in dispute.  If the parties fail to agree on the choice of a fee method with a time period, the tribunal’s fees will be determined by hourly rates.  Since the introduction of the dual-fee options, we have seen more parties opting for hourly rates versus ad valorem.

Hong Kong has imposed no sanctions against Russia.  As a result the ability of HKIAC to administer Russian-related disputes is not affected by the Western sanctions in any way.

There have been increased interest in Hong Kong and HKIAC from the legal and business community in Russia and several Russian companies have already started to include HKIAC clauses in their contracts.  In is conceivable that there will soon be a marked increase in the number of Russian disputes being submitted to HKIAC in Hong Kong, turning the city into the preferred destination for Russia to turn east.