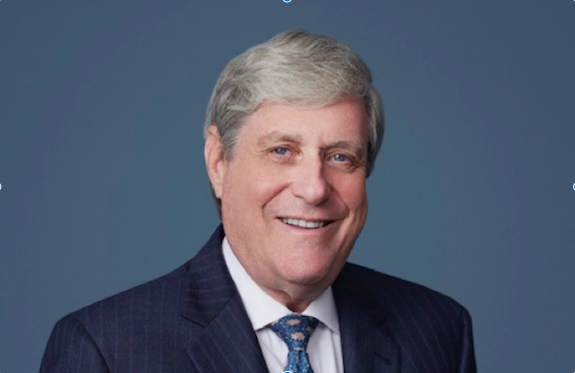 This year you came to Moscow for the ABA conference hosted together with RAA and spoke on a panel on bifurcation in international arbitration. Why did you choose this particular topic?

Bifurcation is an important and multi-faceted issue that needs to be considered when setting up a time and cost efficient arbitral procedure. However, it is a topic that is rarely dealt with in arbitration conferences. I thought it was time to bring it to the fore, and the Moscow ABA/RАA Conference was an excellent venue in which to do so.

In your long career in arbitration, what particular challenges of bifurcation have you come across as a counsel or arbitrator?

Bifurcation, of course, occurs when certain issues are broken out for early determination by the arbitral tribunal in a partial award. Some issues such as jurisdiction, capacity, arbitrability or the application of the statute of limitations could dispose of the entire arbitration. Other issues such as the applicable law, the meaning of a contractual provision or the determination of a key fact in dispute may narrow or simplify the remaining issues to be decided or may encourage settlement. As an example, in one arbitration in which I was sitting as an arbitrator there was an issue as to whether the law of country X or the law of country Y was applicable to the dispute. We considered that it would be inefficient to require the parties to plead their case alternatively under two different legal systems. In addition, the laws of country X allowed for consequential damages and the laws of country Y did not. One of Claimant’s largest claims was for consequential damages. As a result, the tribunal, at the request of Claimant, decided to bifurcate the applicable law issue and decide it upfront in a partial award.

You have been awarded Chevalier de la Légion d'Honneur by the French government for distinguished service. On what project or activity did you earn this title?

This was granted based on an entire career of service. The main elements in my case were the following: my serving as Chairman of the ICC Commission on Arbitration and ADR including my role as principal draftsman of the revised ICC Rules of Arbitration and other ICC rules; my representation of the French local governments, departments and communes, in the Amoco Cadiz oil spill litigation[1]; and my representation of various nation states in international arbitration.

You've made your Juris Doctor at the University of Georgetown. Why did you choose this University? (Russian-speaking readers have mostly heard about Georgetown from John Grisham’s ‘Pelican Belief’ thriller).

Georgetown is a leading law school in the field of international law. It is also in Washington D.C., and so while in law school I was able to work as a legislative aide to the then Senator from the State of New York. Being a relatively large law school, Georgetown has a very wide range of available courses. For example, I was able back in 1973 to take a course on Soviet law taught by a former justice of the Supreme Court of Yugoslavia.

You were the editor of The Georgetown law journal. Did editing facilitate your legal career, and, if yes, in what way?

In those days only roughly the top five percent of the class were invited to be editors of the Georgetown law journal. It was thus considered to be quite prestigious and played a role in getting one’s first job out of law school. In addition, the editing work was very meticulous and provided excellent training in legal writing and research.

Before Georgetown, you have earned grades from University of London, Temple University and Brown University. Could you tell us more on your long education path?

In the United States it is not possible to study law right out of high school. Law is considered to be a post-graduate degree, and you can only enter law school after four years of college, during which you do not study any law at all. I chose to major in philosophy and did three of the four years at Temple and one year at University College London. I then decided to get a Masters in Philosophy at Brown during one year before going on to law school. I must say that my study of philosophy, including logic and rhetoric, and the rigorous writing that was required made law school seem very easy and has been enormously helpful in my legal practice.

Curtis, Mallet-Prevost, Colt and Mosle represented Turkmenistan and Kazakhstan in a number of investment arbitrations. Why has Central Asia become a focus region for the company?

Do clients from the Central Asia differ from your clients in Europe or other CIS countries? What is the best strategy in working with them?

First of all, Investment Arbitration is not really a regional practice. It is truly international and is typically governed by international law. There are of course certain particularities in representing any given State, but I would not say that there is anything that would single out Central Asian States, as compared to other States, in the manner of representation or the nature of client contact. We have worked very cooperatively with Central Asian States and have always received whatever support and back-up we have needed.

Your web-page describes you as one having “outstanding advocacy and great command on large complex cases”. What is a complex case, in your understanding?

Cases can be complex in two different ways, and many are complex in both of these ways. First a complex case usually involves many different aspects at the same time: jurisdictional issues, procedural issues, tactical and strategic considerations, questions of law, questions of contract interpretation, questions of fact, etc. Second, in any one of those issues there may be very difficult questions that need to be addressed. For example, I have had a number of cases as counsel in which billions of dollars turned on how a complex and rather ambiguous group of contractual provisions should be interpreted. The parties were required to write hundreds of pages, call upon fact and expert witnesses and prepare extensive oral pleadings in order to make their case.

What tasks are the most tedious in international arbitration practice, in your view?

It is often mentioned that investment arbitration is inaccessible for small and medium-sized businesses. What do you think about prospects of specialized small-claims arbitration institutions?

I am not sure that the problem is with institutions. It has been documented that the lion’s share of the cost of an arbitration is party costs, including legal fees and expenses and expenses related to witness and expert evidence. These costs in turn result from having two or more rounds of long briefs, document production, many witnesses, extensive hearings, etc. I believe that the only way to have cost effective arbitration for small claims is to streamline the arbitration process by agreement of the parties or pursuant to arbitration rules that provide for this. For example, the ICC has recently included rules for expedited procedure in Article 30 and Appendix 6 of the 2017 ICC Rules of Arbitration. The expedited procedure kicks in when the amount in dispute is below a certain amount, currently US$ 2,000,000.

How did you personally enter the nieche of investment arbitration? What would you advise to those young professionals wishing to enter this nieche now?

What keeps you going in your job, every day?

The fact that what I do is extremely interesting and challenging and that the work is genuinely useful to and appreciated by our clients.

If you were to give a professional advice to yourself, but 30 years ago, what would it be?

Opportunity is a combination of chance and choice. One needs to keeps one’s eyes and ears open so as to spot and choose opportunities that are attractive to you as they come along. Over a long career, doing useful work that you enjoy, with compatible colleagues, is far more important and rewarding than making a little more money.

[1] Editor's note: In the aftermath of a ship wreck in 1978, when a giant tanker carrying oil for a North American company broke apart near the French Brittany and spilled 220 thousand tons of crude oil into the sea, France was entitled by the U.S. courts to over $64,5 million damages necessary to clean up pollution. Among other questions which had to be answered in more than 14 years of litigation, one of the central ones to be resolved by the United States Court of Appeals was “prejudgment interest”. See Matter of Oil Spill by the Amoco Cadiz, 954 F.2d 1279, 1330 (7th Cir. 1992).