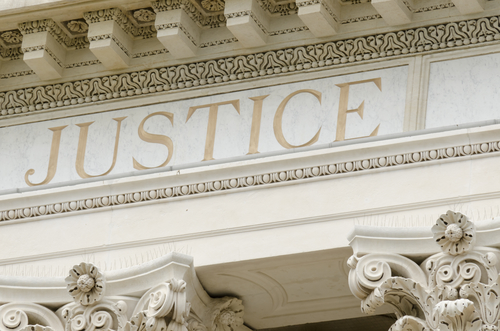 Vattenfall and ors. v. the Federal Republic of Germany, Case No. ARB/12/12, Decision on Achmea issue

On 31 August 2018, the ICSID (“Tribunal”) rendered a separate decision in the proceedings between Swedish nuclear operating companies and Germany concerning Germany’s legislation under which nuclear power plants would be phased out by 2022. The decision concerned recently issued judgment of the Court of Justice of the European Union (“CJEU”) on the Achmea case, where the CJEU interpreted relevant articles of the Treaty of the Functioning of the EU (“TFEU”) as precluding application of dispute resolution provision in the intra-EU bilateral investment treaty (“BIT”). Since Germany is a member of the European Union (“EU”), and claimants are legal entities operating within the EU, respondent claimed the Achmeadecision to be a “new procedural situation” objecting the Tribunal’s jurisdiction.

The Achmeadispute, previously covered in our magazine (see article by M. Puchyna and V. Timofeeva, Arbitration.ru, №4 (4), 2018, pp. 63-66), arose from the Slovak Government’s legislation, which prevented private health insurers from distributing profits to shareholders. The CJEU held that dispute resolution provisions in the Dutch-Slovakintra-EU bilateral investment treaty (“BIT”), invoked by Achmea to challenge Slovak regulation as discriminatory, are incompatible with the EU law. The CJEU’s held that the dispute as relating to interpretation or application of the EU law should have been submitted for a preliminary ruling procedure to a court or tribunal of a Member State to “ensure the full effectiveness of EU law” and promote cooperation between the EU Member States.

The Tribunal rejected the very idea that the EU law was applicable to the dispute arising from the Energy Treaty Charter (“ECT”) under Article 31 (3)(c) of the Vienna Convention on the Law of Treaties (“VCLT”). Its application would “potentially allow for different interpretations of the same ECT treaty provision,” which is contrary to the principle of systematic and coherent interpretation and which would impede an investor’s right to dispute resolution. However, even if the EU law were to be applied, the ECT dispute resolution clause would prevail as lex specialis. Furthermore, the CJEU’s observations in the Achmeacase concerned a bilateral investment treaty, and not the ECT, a multilateral agreement to which the EU is a party itself. Finally, the Tribunal took into account the absence of a “disconnection clause”, which is usually included to “ensure that the provisions of a mixed agreement only apply vis-à-vis third parties and not as between EU Member States.”

As a result, the Tribunal rejected Germany’s jurisdictional objection.

The relevance of the Achmeadecision became one of the cornerstone issues in the proceedings between French meals voucher companies and Hungary before the ICSID tribunal (“Tribunal”). Claimants argued that the Hungarian tax reforms destroyed the value of claimants’ investment amounting to indirect expropriation and breached the fair and equitable treatment standard. Following issuance of the Achmeajudgment, Respondent raised jurisdictional objections, which were extensively analysed by the Tribunal in the award rendered on 9 October 2018.

Claimants put forward the following arguments to contest relevance of theAchmeadecision. First, they submitted that the European Union law (“EU”) being autonomous does not form part of rules and principles of international law applicable to the underlying dispute. Claimants further contended that their claims were based on the bilateral investment treaty (“BIT”) between France and Hungary, which left no room for the consideration of the Achmeadecision, and not on the EU law. In any event, even if the Tribunal were to find the ruling of the Court of Justice of the European Union’s (“CJEU”) in Achmea applicable, the ICSID Convention and the BIT would prevail over the Treaty of the Functioning of the EU (“TFEU”) as lex specialis, specifically governing the procedure of investment protection. As a last resort, claimants argued the Tribunal’s possible refusal to exercise jurisdiction to be denial of justice on the ground that, having triggered the ICSID Convention dispute resolution clause, they lost the right to seek a relief elsewhere.

As a result, Hungarian jurisdictional objections based on the Achmeadecision were rejected.


On 14 November 2014, the International Chamber of Commerce (“ICC”) seated in Paris issued an award favoring Eastern European Engineering Ltd (“EEEL”) in the dispute arising out of its termination of 6 contracts on the construction work for a hotel called Savoy Resort and Spa. To set aside the award, defendants commenced proceedings in France and the Seychelles. They also challenged the order granting permission to enforce the award before the England and Wales High Court of Justice (“EWHC”). This application was stayed unless the courts of France and the Seychelles upheld validity of the award.

The grounds on which defendants challenged the award were essentially similar in all the proceedings: lack of the ICC’s jurisdiction, denial of the opportunity to present their case, claimant’s blackmail of witness and promises of payment contrary to public policy. Having found that almost all arguments gave rise to estoppel (except for the lack of jurisdiction), the EWHC yet analysed each of the ground and found them to fail on the merits. The EWHC concluded that in the absence of sufficiently compelling reasons, it would be unfair to allow defendants to raise substantially the same challenges for the third time.

As a result, the EWHC endorsed the "pro-enforcement" policy for the recognition and enforcement of arbitral awards” and upheld the validity of the award.

Claimants were unrepresented and did not appear

On 12 November 2018, the High Court of Justice Business and Property Courts of England and Wales Commercial Court (“English Commercial Court”) set aside the order to enforce the UNCITRAL award against Laos arising out of Laos’ termination of the agreement to develop a lignite-fired power plant and related mining contracts.  After having obtained the US$56 million award from the Kuala Lumpur Regional Centre for Arbitration (“Tribunal”) in 2007, claimants initiated proceedings to enforce the award in numerous jurisdictions, including New York, London, Paris, Singapore and Malaysia.

On 26 July 2011, the Court of Appeal of Malaysia extended the time limit for Laos to file an application for the annulment of the award. However, by that time claimants already won the proceedings in New York, London and Paris, confirming enforcement of the award.

By the end of 2012, the Malaysian High Court set aside the award, inter alia, based on the lack of the tribunal’s jurisdiction over the related contracts. While claimants filed an appeal with Malaysian courts, Laos managed to reverse the confirmation of the award before the Paris Court of Appeal. In 2013, the Singapore High Court also refused to enforce the award, joined by the Federal Court of Malaysia confirming the annulment of the award.

The underlying decision of the English Commercial Court favoring Laos ended an 11 year-saga of litigation.