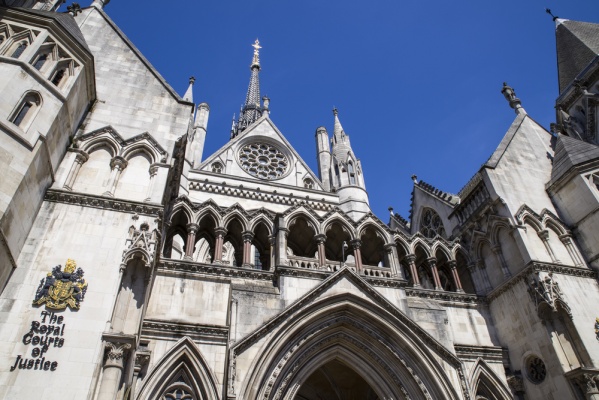 At the heart of successful fraud litigation is creativity, flexibility and nimbleness. The recent approach of the English courts has further assisted international fraud investigations by adopting new tools and enhancing existing tools to assist with the investigation and recovery of fraudulently obtained assets. A few select examples are outlined below.

The English Court’s nuclear and other weapons

Worldwide freezing orders and search orders are often described as the English Court’s nuclear weapons in the fight against international fraud. Coupled with an array of disclosure and other orders available, they provide significant support to such cases.

Frequently such orders are obtained without notice to respondents, which brings with it a duty to provide full and frank disclosure and a fair presentation to the Court in the absence of those parties. In one recent £1 billion+ case in which we were involved, the liquidators wished to allege a number of claims in fraud which faced the possibility of becoming time-barred. However, there had not been enough time to investigate matters fully in order to be able to comply with the full and frank disclosure and fair presentation obligations. If the liquidators filed the claims to preserve the position before the limitation period might expire, but without seeking freezing and search order relief, then the respondent might have been tipped off and could have dissipated assets as a result.

The solution was to seek orders allowing to file claims against defendants with the parties’ identities temporarily anonymised. This protected the claims from limitation defences and provided time for the liquidators to complete their investigations and satisfy themselves that the duties of full and frank disclosure and fair presentation could be met before applying (successfully) for freezing and search orders in support of the claims following the submission of a wealth of evidence including a 200+ page affidavit. This case therefore highlights the court’s willingness to accommodate claimants in fraud cases with flexible solutions.

In CMOC v Persons Unknown [2018] EWHC 2230 (Comm), the court grappled with a business email compromise fraud. The fraudsters were alleged to have obtained access to CMOC’s email server and simulated payment instructions from one of CMOC’s directors to CMOC’s bank in London resulting in twenty separate fraudulently induced payments totalling US$6.91 million and €1.27 million. Once discovered, CMOC applied to the English Commercial Court for worldwide freezing orders to freeze the fraudulent payments and a series of disclosure orders against banks to whom the payments had been made to identify the recipient account holders and trace payments onwards where necessary. The English court assisted CMOC by allowing two new approaches.

Armed with the freezing orders, the claimants embarked on an iterative process of identifying recipient bank accounts, obtaining disclosure orders against the recipient banks and adding account-holders as named parties to the litigation. However, the list of recipient banks eventually grew to fifty banks in nineteen jurisdictions as well as thirty named defendants. As a result, the service obligations on the claimant for each additional application became immense.

The claimants therefore proposed, and were granted, orders for alternative service under which recipient banks and named defendants could be served through an online data room. This created enormous efficiencies and saved significant handling and delivery costs. Similarly, the court allowed service by alternative means on certain substantive defendants through both the Facebook Messenger service and Whatsapp. Signalling its flexibility, the court recorded that “the short point … is that the court will consider proactively different forms of alternative service where they can be justified in the particular case.”

The English Commercial Court showed a further willingness to extend jurisdiction in the recent case of ArcelorMittal USA LLC v Essar Steel Limited and others [2019] EWHC 724 (Comm). Here, the applicants sought recognition and enforcement of a £1.3 billion Minnesota arbitral award together with worldwide freezing orders, and search and disclosure orders against the respondents. Significantly, the court granted these orders despite the fact that neither the applicants nor respondents had a connection to England. Nor were the respondents shown to hold any significant assets in the jurisdiction.

The court was persuaded that although the respondents could not be said to have acted fraudulently the freezing orders were justified given the “solid” risk of dissipation of assets and the respondent’s history of acting in bad faith to prejudice creditors. The respondents’ line of argument boiled down to a suggestion that the English court “should not become an international policeman, let alone an international detective agency.”However, the court recognised an incumbent willingness to intervene in cases involving “international fraud” and that “international fraud” ought not to be confined to cases where the underlying cause of action is a claim in deceit or a proprietary claim relating to the theft of assets.

Reflecting this expansionist approach, the English Court of Appeal in Orexim Trading v Mahavir[2018] EWCA Civ 1660 recognised the Court’s power to permit service of a claim under section 423 of the Insolvency Act 1986 in the English Court out of the jurisdiction on foreign defendants. Under these claims a court may set aside a transaction undertaken at undervalue to put assets beyond the reach of creditors.

Setting aside judgments obtained by fraud

In Takhar v Gracefield Developments Ltd & Ors [2019] UKSC 13, a claimant had been unsuccessful in a claim against the defendants involving allegations of undue influence and unconscionable conduct relating to property transactions. Several years later, the claimant discovered evidence that suggested that the defendants had forged her signature on documents relied on by the defendants in the original proceedings. She brought a fresh claim to have the original judgement set aside on the basis it had been obtained by fraud. After successive appeals, the Supreme Court held that where fraud is not in issue in original proceedings, a party should not be expected to test the veracity of documents relied on by the other parties at trial and on that basis set the original judgement aside. As a rule of general public policy, the Supreme Court held litigants should not have to conduct their affairs on the assumption that others would act fraudulently.

Lastly, the English courts have expanded the scope and effectiveness of search orders in two key respects. Firstly, the Chancery Court in Abela and others v Baadarani (Third Party: Fakih)[2017] EWHC 269 (Ch) granted the claimants search orders against third parties against whom no causes of action were pursued. Using materials obtained following third party disclosure orders, the claimant alleged that the third party had assisted the substantive defendant to forge documents and on that basis the court agreed the third parties were legitimate targets for search orders to obtain documents in their possession. This is an important confirmation which parallels the expansion of freezing orders to encompass non cause of action third parties under the Chabra jurisdiction. Secondly, in another case in which we were involved, the English court has also assisted a claimant by permitting a search and review of electronic documents stored on defendants’ devices without notice to the defendants, as well as orders allowing them to run software programmes to “crack” password-protected documents.

The cases above reveal the English courts’ continued willingness to provide flexibility and adjust to the new fast-moving, cross-border realities of fraud and enforcement evasion. Critical to the expansion and enhancement of judicial tools is a carefully crafted and well considered application, in particular when many of these in the fraud litigation world are made without notice to an opposing party and the duty of full and frank disclosure is engaged. Particularly in the cases of alternative service by unusual means or claims involving “Persons Unknown”, judges are likely to insist on regular updates and will be heavily influenced by the conduct of the claimant’s legal team. Reputation and track-record in the field can therefore be paramount.