How to amend contract in a Russian court? Learn from a recent case 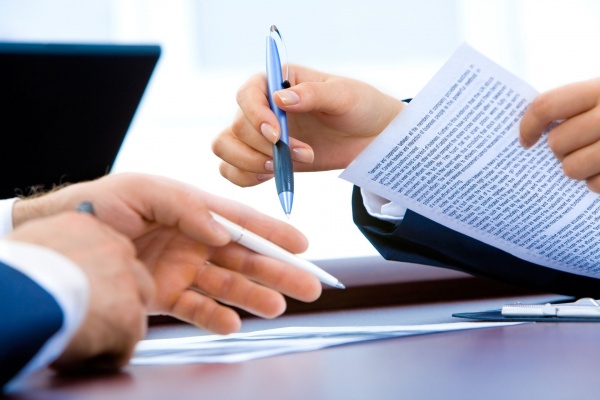 Russian civil legislation contains provisions that allow amending a contract at a request of one of the parties in case of a significant change of circumstances. It is foreseeable that businesses affected by the restrictions due to COVID-19 pandemic will seek this judicial remedy. They could learn from a recent case much discussed in Russian legal media, where the courts amended an ICC arbitration clause.

Articles 450 and 451 of the Russian Civil Code (the Civil Code) allow the courts to interfere with contracts where a significant breach or a significant change of circumstances has occurred. In a claim filed in November 2019 against a Moscow branch of a US customer, Nabors, the claimant, a Russian company under the U.S. sanctions, Instar Logisitics, succeeded to change an ICC arbitration clause to the jurisdiction of Russian courts and was awarded more than $40 thousand in damages.[1]

Background of the case

Nabors is a company founded in Canada in 1952 and operates the drilling rig fleets as well as offshore rigs, and provides drilling equipment for the oil and gas industry.

Instar Logistics is a Russian limited liability company based in Moscow with the main registered activity – transportation and connected supplementary services. The charter capital is about $75,000 (which is a large amount compared to the majority of the limited liability companies in Russia, where the law requires 10,000 rubles (an equivalent to ca. $120) as a minimum statutory charter capital for a LLC). Instar Logistics provided services for storage of drilling rigs moved to fulfill drilling orders in Russia.

In January 2018 Instar Logistics was included into the OFAC sanctions list in connection with the conflict in Ukraine.[2] Nabors refused to pay for services to the sanctioned company referring to the punitive measures that may be imposed  by the OFAC if it did so.

The contract contained an ICC arbitration clause with a seat in Paris. However, the Russian company filed a claim to the state commercial court in Moscow. The court declared the arbitration clause void, amended the contract, and ordered the branch of Nabors in Russia to pay 3,000,000 rubles in damages. The appeals court upheld the decision.

If your company has suffered hardship or force-majeure, you may wish to trace back the logic of the Russian court and base your actions on the pattern of the Instar v Nabors case.

1. Prove that you have used your best endeavours to settle before going to court or arbitration. In practice this means that a claimant would have sent a letter of claim to a counterparty to an address identified in the company register: https://egrul.nalog.ru/index.html. If the claim was not voluntarily fulfilled within a fixed term, usually it is 30 days as set out in Art. 452 of the Civil Code or P. 5 Art. 4 of the Russian Arbitrazh (Commercial) Procedural Code (“APC”) (although the parties may predefine a different term in their contract), the court will accept the claim.
In the Instar case, the latter  sent a letter which suggested to alter the dispute resolution clause from the ICC to a state court.

In the Instar Logisitics case the appeals court held that the ICC arbitration clause was  unenforceable. It found that the ICC award would not be enforceable anywhere except Russia: due to the US sanctions the banks would block banking transactions in USD because they would use the US Federal Reserve System.[4]

3. Argue that the applicable national law is the one familiar to the court.

Use the following sequence of arguments to claim domestic procedural jurisdiction and applicability of Russian material law to the dispute.

Argue that the parties have not subjected their arbitration agreement to a specific national law, and the arbitration agreement has to be subject to the law of the country where the possible arbitral award would be rendered. (Clause 27 of the Resolution of the Plenary Session of the Russian Supreme Court № 53 ‟On the carrying out of functions by courts of the Russian Federation regarding the assistance and monitoring of arbitration proceedings and international commercial arbitration”, further – Resolution № 53).

This will open the way for the courts to resolve the dispute on the merits. (Clause 30 of the Resolution).

In the Instar Logisitics case the courts came to this conclusion and subjected the clause to Russian procedural and substantive law, whilst having noted that Instar and Nabors had chosen the Rules of Arbitration of the International Chamber of Commerce to settle disputes and English law as the law governing the contract.

The court of first instance noted that the orders for storage of the drilling rigs were concluded and carried out in Russia. The orders also foresaw that the provisions of the Russian law shall govern liability of the wrongdoing party for non-performance.

In the present case the non-payment on orders by Nabors (irrespective of the underlying reasoning) constituted a fundamental breach of contract.

The opposing party may argue that the breach was grounded by a significant change of circumstances. This wording in the Civil Code is very similar to the wording for hardship in the UNDROIT[5] Principles and ICC hardship clauses as of 2003 and 2020[6]. P. 1 Art. 451 of the Сivil Сode stipulates that the change of circumstances is significant, if they have changed to such an extent that in case the parties could have reasonably envisaged it, the contract would not have been concluded by them or would have been concluded on the essentially different terms.[7] (Both parties acknowledged that the inclusion of Instar into the OFAC’s sanctions list constituted a significant change of circumstances).


5.   This argument does not prevent the court from amending the contract based on P. 2 Art. 451. Prove to the court that all 4 of its prerequisites have been fulfilled:

1) such change of circumstances was not envisaged by the parties when entering into the contract;

2) the change was caused by the events that could not have been avoided or overcome by the claimant after they have arisen, while the claimant has acted with the degree of care and diligence expected due to the nature of the contract and existing business practice;

3) the execution of the contract without amending its provisions would so much affect the status quo of the parties and would entail such damage to the claimant, that it would have been to substantially deprived of what it had been entitled at the time of signing the contract;

4) neither existing business practice nor the substance of the contract imply that the risk of change shall be borne by the claimant.

The court of first instance found that the parties had entered into the contract 6 years before Instar was included into the OFAC list of SDNs, and it could not be envisaged, nor would be the contract concluded if the parties knew about such restrictions. The claimant suffered damages, as it had not received a significant payment for services it had provided. Thus, only adjustment of the contract would help to regain the balance of interests between the parties.

4.  Wait for 30 days for the court’s decision to be in force (Art. 209 Civil Code, 321 Civil Procedure Code, 180 APC) – this time is given for the opposing party to appeal. You may plead for a warrant in the meantime and save time later in case the opponent decides not to appeal.[8]

In the Instar Logisitics case, the ICC arbitration clause was changed to the jurisdiction of Russian courts. The drilling company was ordered to pay damages of ca. 3,000,000 rubles to the Russian service provider.

It must be noted that the Russian court practice differs greatly on the application of the provisions of articles 450-451 Civil Code. Legal commentators note, that the courts in Russia are generally very reluctant to interfere with a contract based on significant change in circumstances.[9] The standard of proof for the party referring to such changes is usually very high.[10] For example, appeals courts have many times manifested that fluctuation of currency does not constitute a significant change in circumstances, and should be viewed as a business risk taken by the parties.[11]

The outcome might be different if the courts find that the insurmountable events were really beyond the control of the parties – or find some sort of public interest in the amending the contract. In a dispute between the Ministry of Ecology of Karelia (a Russian region) and a private forestry company, the Supreme Court upheld the decisions of the lower courts in favor of the Ministry, which sought the courts to amend the contract excluding certain territories from the forestry’s rent. The federal government ordered to create a national natural reserve on lands partially affecting these territories. The courts found that the parties could not envisage this act of the government when they had entered into the rent contract.[12]

As for Instar v Nabors, the cassation appeal is still pending in the Commercial Court of Moscow District, hearings scheduled to 30th of June 2020. We will keep you updated on the results.

[2] And is still listed so. URL: https://sanctionssearch.ofac.treas.gov/Details.aspx?id=6213. Accessed at 05.05.2020. A press release of the U.S Department of the Treasury alleged that a manager from Instar has helped to ship Kalashnikov weapons: “In late 2017, Bogdan Kolosov, who is the Department Manager for Customer Service at the Russian-based transportation services company Instar Logistics, coordinated a shipment of weapons with previously designated Kalashnikov Concern International Business Development Director Vakhtang Karamyan.  Instar Logistics is being designated for acting or purporting to act for or on behalf of, directly or indirectly, Kalashnikov Concern.” URL: https://home.treasury.gov/news/press-releases/sm0266. Accessed at 05.05.2020. Analysis in the Russian legal media pointed to loss of the American market for Instar, but in fact the sanctions meant litigation with a client (Nabors): https://zakon.ru/blog/2018/2/15/posylka_podvela_instar_lodzhistiks_pod_sankcii__amerikanskie_zaprety_sozdayut_riski_dlya_lyubogo_mez - _ftnref2 (in Russian). Accessed at 05.05.2020.

[5] Compare to Art. 6.2.2 of UNDROIT[5] Principles 2016 which defines hardship as events that fundamentally alter the equilibrium of the contract and could not reasonably have been taken into account by the disadvantaged party at the time of the conclusion of the contract (Para. b).

[6] Compare to Para. 1. P. 2 of the ICC Hardship clause 2020, which defines hardship as events beyond reasonable control, that have made performance of contractual duties excessively onerous and could not reasonably have been expected to have taken into account at the time of the conclusion of the contract.

[7] The author's translation based on Code translations to English published by WIPO and WTO.

[8] Details on enforcement through Russian court will be covered in a separate article. 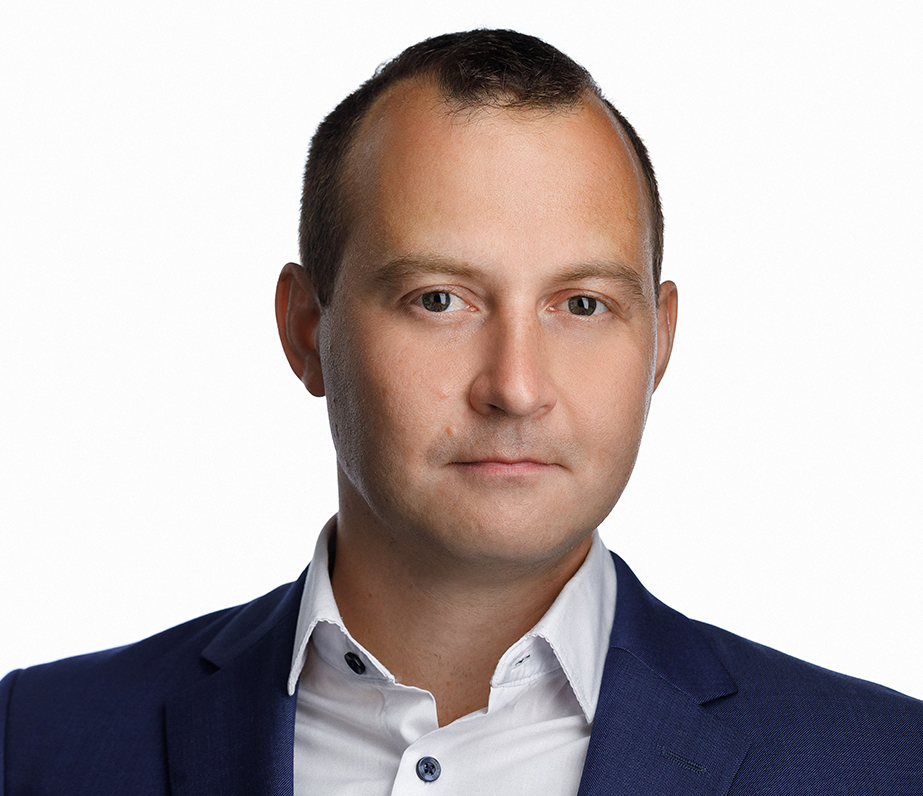