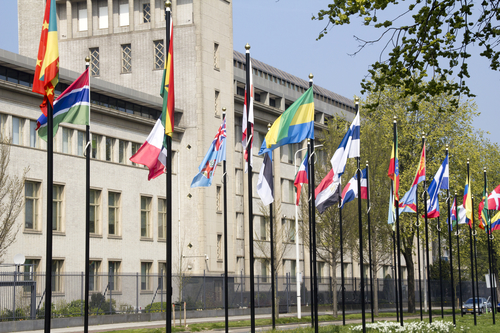 Respondent’s representatives: in-house (The Ministry of Finance of the Czech Republic)On 29 June 2018, an arbitral tribunal, seated in Paris and administratively supported by ICSID, issued a final award in favour of Czech Republic, defendant in the A11Y Ltd v. Czech Republic case brought by a UK investor. These proceedings were governed by the UNCITRAL Rules.

The dispute arose from the Statement made by the Ministry of Labour with regard to the Act on Providing Allowances to Persons with Health Impairment, whereby Respondent defined relevant criteria set out in that Act. Claimant, a developer of assistive technology solutions, alleged that Respondent targeted its business and finally destroyed its investment and initiated arbitral proceedings against Respondent.

The arbitral tribunal examines first a ratione materiae jurisdictional objection raised by Respondent and joint to the merits due to the necessity to assess the Claimant’s business as a whole. Having observed that the relevant provision of the applicable BIT refers to “every kind of asset belonging” to an investor and that there are no definitions or limitations of the terms used, the arbitral tribunal rejects the fact that the other criteria on which Respondent has relied are relevant to define investments. It also notes that in the present case, the UNCITRAL Rules do not have the same scope of application and requirements that the ICSID Convention impose in qualifying an economic operation as an investment. The assets in the form of know-how and goodwill are thus recognised as investments under the applicable BIT.

Second, the arbitral tribunal recalls that according to its findings in the Decision on Jurisdiction issued in 2017, it has jurisdiction only with regard to the claim on indirect and creeping expropriation of the Claimant’s investments. In this respect, the arbitral tribunal notes that the language of the Statement is neutral and does not target Claimant. With regard to other acts of the Ministry of Labour, it finds that Claimant does not meet the required burden of proof and hence, concludes that this claim fails.

As a result, Claimant bears the combined Tribunal costs and each Party bears its respective legal costs.

On 26 July 2018, an ICSID arbitral tribunal issued an award in favour of Austrian investors, Georg Gavrilović and Gavrilović D.O.O., claimant in a dispute with the Republic of Croatia (“Respondent”).

The dispute arose out of the State’s refusal, when the Croatian War of Independence ended, to recognize a purchase of the family enterprise by Mr Gavrilović (“First Claimant”) and the State’s related measures. The Gavrilović Enterprise was set up in 1690 and transformed through the adoption of various corporate structures but retaining the family name. After the Second World War, the First Claimant obtained Austrian nationality and renounced its Yugoslavian citizenship. Companies such as the Gavrilović Enterprise, according to laws of the Federal People’s Republic of Yugoslavia, were transformed into social ownership. As a result, that company became a holding and nine companies were established. When Croatia declared independence on 25 June 1991, socially-owned companies were returned to their previous owners. The State’s Agency – Croatian Agency for Restructuring and Development (“Croatian Agency”) – assisted such companies in their transition to the market economy, including the former Gavrilović Enterprise. In July 1991, the Croatian Agency installed an emergency board and five of its companies (“Five Companies”) filed for bankruptcy. The Regional Commercial Court in Zagreb (“Bankruptcy Court”) authorized their sale through a public tender. First Claimant submitted a bid, which was accepted by the Bankruptcy Court. The Liquidator and the First Claimant then entered into the Purchase Agreement, which confirmed the rights owned by that investor and was further approved by the Croatian Ministry of Foreign Affairs. The Bankruptcy Court found it valid and ended the proceedings. The Five Companies formed the Gavrilović d.o.o. (“Second Claimant”).

Claimants alleged that almost immediately after the Croatian War of Independence, the Croatian authorities began to deny the legitimacy of the First Claimant’s purchase. Before the arbitral tribunal, it challenged seven measures allegedly adopted by Respondent: (1) the annulment of the Purchase Agreement sought and finally abandoned by the State’s authorities (on the grounds of the irregularities during the bankruptcy proceedings); (2) the criminal proceedings against the First Claimant for inducing the Liquidator to exceed its powers; (3) a State’s public campaign launched to deny the legitimacy of the First Claimant’s investment; (4) the failure of the local police to protect shops and factories of Gavrilović d.o.o. against private criminal actions; (5) the blocking of the registration of the company’s property; (6) the sale of the Apartments, used for employee housing under the social ownership and (7) the impossibility to obtain additional potential financing. On these facts, Claimants advanced that the State violated the following BIT’s standards of protection: prohibition of unlawful expropriation, the fair and equitable treatment, the national treatment and its obligations under the umbrella clause.

First, it upholds jurisdiction by accepting that Claimants are investors that have made an investment and by rejecting that these investments are tainted with illegality. Even if the bankruptcy proceeding exhibited some irregularities, the arbitral tribunal finds that it was the State that orchestrated a scheme to return his father’s business to him. Since different State entities of that period were involved in the allegedly illegal return scheme, it is estopped from raising the illegality objection.

Second, the arbitral tribunal deals again with an illegality objection on the grounds of admissibility. It concurs with Respondent that under the ICSID Convention, objections to the admissibility of the case are permissible. However, since Respondent has failed to discharge the burden of proof, this objection also fails.

Third, the arbitral tribunal notes that the Parties agree that the applicable law depends on the issue at stake. It concludes that both international and Croatian law are applicable on an issue-by-issue basis and that in case of conflict of these laws, the former prevails over the latter.

Fourth, on the merits, the arbitral tribunal first decides on some general matters. In particular, bearing in mind its preceding conclusions, it considers that the Purchase Agreement is not unenforceable due to one or more alleged illegalities. Then, it examines the scope of the ownership conferred by the Purchase Agreement over certain land, buildings or parts thereof, and apartments. Last but not least, it rules on the question of attribution, recalling as a general matter that the “principles of attribution do not operate to attach responsibility for ‘non-wrongful acts’ for which the State is assumed to have knowledge”.

With regard to the allegedly violated treaty standards, the arbitral tribunal partially accepts that Respondent expropriated the Claimants’ investment. It finds a direct expropriation in each case where Respondent has registered itself as owner over a plot of land which the Tribunal has found was owned by the Second Claimant and rejects the allegations of an indirect expropriation. All of other claims on the allegedly violated BIT standards are dismissed.

Fifth, the arbitral tribunal awards Claimants direct damages and refuses to award indirect damages due to the lack of causality. The combined value of the directly expropriated assets amounts to 1,658,960 euros. Respondent shall also pay pre-award and post-award interest.

Finally, Respondent supports 30% of the Claimants’ legal and other costs, as well as 30% of their cost of arbitration.

In 2013, an ICSID arbitral tribunal issued an award in an investment treaty-based case opposing Romania (“Respondent”) to the Micula brothers and three companies controlled by them – S.C. European Food S.A., S.C. Starmill S.R.L. and S.C. Multipack S.R.L (“Claimants”). In this award, the arbitral tribunal recognised the violation of the FET standard due to reforms undertaken by Romania with a view to join the European Union (“EU”). In particular, Respondent withdrew tax incentives considered to be a State aid within the meaning of Article 107(1) of the Treaty on the Functioning of the European Union (“TFEU”). Once the award had become final, the European Commission (“EC”) decided that its enforcement would constitute a new State aid and prohibited Romania from enforcing it. Claimants requested the annulment of the EC’s decision before the General Court of the EU (“the GCEU”), whilst Romania filed its application in the Commercial Court of England and Wales to set aside the award, or alternatively stay the Registration Order of 17 October 2014.

Dealing with the interrelatedness of the ICSID Convention and EU law in his judgment staying proceedings, the trial judge refused to set aside the registration of the Award but granted a stay pending the determination of the GCEU on the EC’s decision. Claimants appealed.

The Court of Appeal upholds the trial judge’s decision to grant a stay until the determination of the GCEU proceedings. It rejects the first ground of appeal that the award had res judicata in the sense of acquiring finality. Among others, it notes that the “principle of res judicata is being relied upon to ask the court to facilitate the payment of unlawful State aid in clear breach of its duty of sincere co-operation”. The Court of Appeal also upholds that there is no conflict of obligations between the international obligations of the UK under the 1966 Act implementing the ICSID Convention and the courts’ obligation to apply EU law in light of the Commission Decision. Finally, it agrees with the trial judge that should a conflict exist, a stay of enforcement should be granted on the grounds that the issue of whether Article 351(1) of the TFEU applies in this case is a matter for the GCEU to decide and there is a clear risk of conflicting decisions. Under Article 351(1), the rights and duties under a treaty made by a member state prior to accession to the EU with a third country are in general not affected by EU law.

On 19 December 2013, an SCC arbitral tribunal issued an award in favour of Anatolie Stati, Gabriel Stati, Ascom Group S.A. and Terra Raf Trans Traiding Limited (“Appellants”). By this award, a violation by the Republic of Kazakhstan (“Defendant”) of the fair and equitable treatment standard set up in the European Charter Treaty was characterized. Appellants commenced proceedings to enforce the award in numerous jurisdictions, including the United States, Belgium, the Netherlands, Luxembourg, Italy and Sweden.

The Court of Appeal upholds the appeal. It partially concurs with the judge’s reasoning in the challenged order by holding that the fraud claim is not an independent claim and that a claimant is entitled to serve a notice of discontinuance, which will have the effect of discontinuing a claim without any order unless a defendant applies to set the notice aside. In the latter case, the burden lies on the defendant to satisfy the court that it should be set aside. It however reverses the previous judge’s decision on the existence of the legitimate interest of the State to continue the proceedings. This case, as explains the Court of Appeal, differs from those where a finding of fraud would create an issue estoppel in any other country.