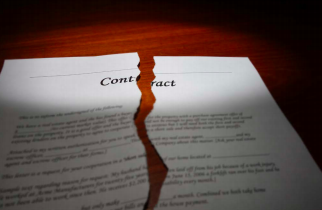 Editor’s note: Doran Doeh has pursued a successful legal career of over 40 years in the UK and Russia and was Senior Counsel in Dentons’ Moscow office before returning back to London. He was named “Eminent practitioner in Energy and Natural Resources in Russia” by Chambers Global and Europe 2018. The editorial publishes his submission for Arbitration.ru in two parts due to complexity of the matter. The second part of the article covering disputes over representations, warranties, indemnities, governing law and other aspects of M&A deals will be published in the next issue of Arbitration.ru.

When I was asked by the editor of Arbitration.ru to prepare an article on cross-border M&A disputes, I hesitated to accept.  I have been advising on M&A transactions for most of my long career, in London and in Moscow, so what made me hesitate?

Much of the information about cross-border M&A deals and disputes is private and highly confidential. Many deals are not announced, particularly if none of the parties involved is subject to public disclosure requirements.  Many disputes go to arbitration which is confidential (it is different with public company takeovers on internationally accessible stock exchanges but most of these are not very relevant for the Russian market). The best legal know-how tends to be protected within the confines of international law firms. There are some published works on M&A of varying weightiness, but most focus on how to do the deals and relatively few on disputes.  Of course, I could rely on my own knowledge and experience, but to prepare a piece for this kind of publication I felt I needed to be able to support it from external sources.  I quickly began to realize why the editor asked me to do the piece - because it is not easy.

Fortunately, I have been able to find a few appropriate sources, so here goes.  I would point out, however, that an important factor which makes possible generalisation about M&A disputes is the availability of warranties and indemnities (W&I) insurance (sometimes called representations and warranties – R&W – insurance) in recent years, so that there are claims records.

In the interest of keeping this article reasonably short, I will present only an outline of the main areas of dispute. I will not deal with public company M&A for the above-indicated reason or with any very specialist subject peculiar to a particular jurisdiction such as Delaware disclosure requirements.  A wide range of common law and civil law jurisdictions are potentially involved. I shall therefore focus on general issues relating to the kind of transaction usually governed by a sale and purchase agreement (SPA) for the whole outstanding capital of a target company.  I will not deal with partial acquisitions or joint ventures which might be governed (in addition to an SPA or Subscription Agreement) by e.g. a Shareholders Agreement or a Joint Venture Agreement).

Before signature of a deal, there is usually no binding legal relationship between the parties except, in many cases, a confidentiality or non-disclosure agreement.  This sometimes provides also for an exclusivity period which gives the prospective buyer negotiating rights and possibly entitlement to a break fee if the deal is abortive.  If the exclusivity period expiries without a deal being done, the break fee, if there is one, could become contentious.  If it looks like the prospective buyer will not ultimately make a binding offer, the seller may look around again before the end of the exclusively period and have an awkward situation to manage if another potential buyer is interested. However, usually these issues are settled between the parties without going to dispute resolution.

In some jurisdictions there can be obligations imposed by law to act in good faith in a pre-contractual situation. The nature of the good faith obligation and consequences of breach depend on the jurisdiction concerned, and part of the job of the prospective buyer’s lawyers is to advise on how to avoid or minimise the risks.  There are also jurisdictions where the parties need to take care that pre-contractual exchanges such as a term sheet do not in some way become legally binding.

Where a deal is signed and there is a gap between contract and completion – usually because of need to obtain regulatory or board approvals – there may be an issue as to whether adequate efforts were made to obtain the approval(s).  There can also be an issue over conduct of the company’s affairs during the interim period while the seller remains in control – the deal documentation will usually cover this, but there can be a problematic situation if something unexpected arises.  Again, claim for the interim period are rare – if there is a problem it is much more likely to come up post-completion when the interim period conduct may be part of the issue.

The most obvious situation in which a dispute may arise would be if a deal is signed but not completed.  In most cases, there is a reason, such as a condition not being met, of which both parties are aware and accept as being unfulfilled without consequences. However, there can be contentious issues particularly if the drafting is unclear or ambiguous.  If the SPA contains a “Material Adverse Change” provision and a messy adverse situation arises during the interim period, there may be scope for dispute as to whether the situation does or does not fit within the wording (which may have been negotiated heavily and, as a result, not be as clear as might have been desirable).  Again, most such matters are settled between the parties and rarely reach the stage of formal proceedings.

Most claims arise after completion. It is, of course, only after completion that the buyer is in control of the acquired company and able to evaluate it directly and in detail on a day-to-day basis. Also, if the buyer feels that it has overpaid – or otherwise suffers buyer’s remorse – it may try to claw back some of the price it has paid through post-completion claims.

If there is a holdback or escrow arrangement, then the amounts concerned may become vulnerable.  One of the reasons W&I insurance has become popular in recent years is that it helps to avoid or minimise the need for such devices.

In many transactions, the price is clearly expressed in the SPA and is payable on completion.  However, where there may be variations (or potential variations) in the target company’s performance before completion which are material to the pricing (e.g. where pricing is based on a multiple of earnings in the period to completion), the parties may agree on an overall figure but it may only be practical to evaluate performance fully and arrive at the final price with hindsight.

One of the most common ways of dealing with this is for the SPA to provide for a set of completion accounts to be prepared and verified after completion, when full information of the position as at the completion date is available. The SPA will then usually provide a detailed basis on which the completion accounts are to be prepared.  A popular approach is to use a so-called “debt free, cash free” basis because it has the advantage for the seller of making it easier to compare competing bids.   However, despite the relatively simple phrase, there are often complex factors to be consideredrequiring careful drafting and, as always in such situations, the devil is in the detail.  Deep understanding of accounting conventions and practices may be required on the part of the draftsman.  In cross-border transactions, there may be differences in approach between the parties arising from their respective national backgrounds, and it may be essential for international accounting firms to be engaged by both sides in order to bridge these.  Nonetheless, and despite everyone’s best efforts there may be scope for misunderstanding which persists even after completion.

In most cases, the parties themselves, together with their respective accountancy advisers, will be able to settle the completion accounts. If not, the SPA usually provides for expert resolution of any dispute. It is rare for lawyers to get involved, but if there are ambiguities in the wording of the SPA, the parties may end up in proceedings.  There can be issues as to the arbitrability of the dispute if expert determination is the primary mechanism for resolution.

In recent years, the “locked box” mechanism has often been used instead of completion accounts in order to reduce the scope for post-completion disputes.  With the locked box approach, a date is chosen (often one which coincides with the date of the last full audit) for the pricing valuation, with completion taking place long enough afterwards for the parties to have fully got to grips with the accounts as at the valuation date and agreed the price, with no need to reopen it afterwards.  This reduces the prospect for disputes as there is then only the period between the valuation date and completion to be reviewed afterwards.  Often the SPA contains provisions to avoid “leakage” and other possible upsets to the “locked box” package.

This does not mean the scope for disputes has been eliminated entirely, particularly if the period between the valuation date and completion is relatively long. Indeed, if the pre-contractual negotiations are prolonged so that the next audit date gets close, the parties may consider postponing the valuation date till afterwards and using the fresh audit numbers.  However, in practice, having negotiated for so long based on the previous set of figures the parties may be reluctant to start all over again.

In a country like Russia where there is often a need for anti-monopoly approval (and sometimes other consents) after finalisation of the SPA, delay may not be wholly avoidable.

In some deals the focus is less on the past and more on the future, the initial purchase price being relatively low and the buyer undertaking to pay additional amounts to the seller after completion depending on the target company’s performance or, sometimes, if there is an on-sale of the company at a higher price.  The team in control of the company after completion may be tempted to use techniques that reduce the profits during the earn-out period but will deliver for them when the erstwhile owner is out of the picture.  It can sometimes be difficult to determine and prove (to the relevant legal standard) what the problem is, in others it may be more obvious.  Again, the devil is often in the detailed drafting of the SPA.  There was an English case which turned on an anti-avoidance provision that did not necessarily envisage the specific behaviour or technique used but which proved to be effective in court.

If there is a squeeze-out of minority shareholders or an ongoing joint venture with pre-emption provisions or put/call options, there may also be disputes over pricing.  As previously indicated, these issues are beyond the scope of this article - I am just noting that they can arise.