Dispute resolution under tax treaties: the emergence of arbitration 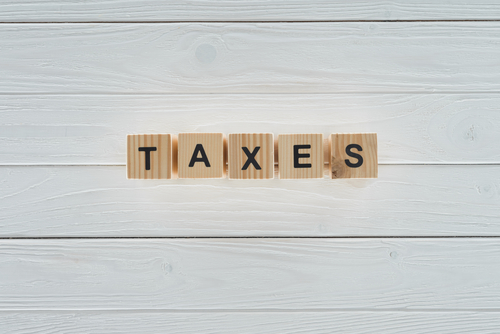 What are the typical cross-border tax cases and why are they important?

There is no such thing as international taxation. International tax cases concern the allocation of taxing rights, and thus justify the application of the domestic tax laws of one of the countries over the other.[1]The most common of cases relate to the allocation of profits between foreign subsidiaries of a multinational enterprise (“transfer pricing” cases[2]), the attribution of profits to permanent establishments, the determination of the prevailing tax residence of legal or natural persons, the application of withholding tax on cross-border payments, and the taxation of pensions or employment income.

International cases may concern millions or even billions of potentially taxable profits. They are of importance to the taxpayers and the countries involved that are eager to assert their taxing rights over the disputed income. It is also in the interest of the countries to expeditiously resolve any pending disputes and avoid backlogs so as not to stifle international trade and investment. Indeed, in many cases the contentious tax would have already been levied, and thus impacting the liquidity of the investor-taxpayer. That said, the number of international tax cases is steadily increasing,[3]and resulting in a greater focus on making the dispute resolution mechanism more efficient.

What is MAP and what is the role of the taxpayer?

The allocation of taxing rights between countries as well as common tie breaker rules on the tax residence of taxpayers are set forth in tax treaties, many of which are closely aligned with the OECD Model Tax Convention.[4]As alluded to above, one of the standard provisions in a tax treaty is the MAP provision, which is addressed in Article 25 of the OECD Model Tax Convention.

In essence, the MAP provision requires that the countries party to the dispute come together and endeavour to resolve the case by reaching a mutual agreement on the conflicting interpretation or application of the underlying tax treaty. This is largely a government-to-government process, whereby the competent authorities of the two countries can directly communicate with each other without the formal constraints of normal diplomatic interchange. In practice, many of the smaller cases are resolved through exchange of letters, while the larger cases are discussed between the authorities during a face-to-face meeting, typically preceded by the exchange of position papers. During the meetings, a number of pending cases are discussed, but each case must be discussed separately and on its own individual merits.

The process is free of charge for the taxpayers, whose role is generally limited to bringing the case to the attention of the competent authorities and then helping to establish the relevant factual background. As such, the taxpayer is not a party to the dispute resolution process, and thus its procedural rights are accordingly limited. This is because the dispute is, at its core, about eliminating a disagreement between the two countries on how the treaty should be interpreted or applied. The competent authorities are, however, informed by the position of the taxpayer, and the importance of effective communication of the facts of the case, including through supply of the relevant data, cannot be underestimated in arriving at a mutual agreement. Therefore, many larger taxpayers are assisted by advisors who participate in the ongoing communications with the relevant competent authority.

How widespread are the tax arbitration clauses?

In most countries, MAP provides for an effective and efficient dispute resolution mechanism that is often quicker and cheaper than the domestic route.[5]Yet, a flip side to this flexible process is that there is no obligation for the competent authorities to resolve the case. The respective authorities are merely obliged to seek in good faith a mutually acceptable resolution. Another downside is that some cases may take a very long time before the authorities finally reach an acceptable solution or otherwise agree to disagree.

The arbitration clause is designed to counter these two weaknesses as it ensures that the case will be concluded within a defined timeframe. In doing so, it provides for certainty desired by the business community. Therefore, introducing an arbitration clause into a tax treaty is often perceived as a demonstration of a country’s investor-friendly attitude.

The MAP provision in the OECD Model Tax Convention was complemented with an arbitration clause in 2008. Yet, not many of the then-existing tax treaties were revised to include a corresponding provision (it must be acknowledged here that tax treaty negotiation is a lengthy and arduous process) and the clause has also often not been included in newly concluded tax treaties. Countries that embraced the arbitration clause somewhat more courageously include: Canada, the Netherlands, Switzerland, the United Kingdom and the United States. Among the Commonwealth of Independent States (CIS), it seems that Kazakhstan has the highest number of tax treaties including an arbitration clause.[6]

Furthermore, in 2015 a number of countries committed to mandatory binding arbitration as part of the OECD/G20 initiative on making tax dispute resolution more effective. These countries are: Australia, Austria, Belgium, Canada, France, Germany, Ireland, Italy, Japan, Luxembourg, the Netherlands, New Zealand, Norway, Poland, Slovenia, Spain, Sweden, Switzerland, the United Kingdom and the United States.[7]The number of jurisdictions taking concrete steps is likely to grow further through the implementation of the Multilateral Instrument (MLI) concluded at the OECD in 2016. The MLI is intended to update international tax rules and lessen the opportunity for tax avoidance by multinational enterprises through the introduction of a number of tax treaty measures, including tax arbitration as one of the options.[8]

At the EU level, in October 2017 the European Council adopted the Arbitration Directive providing for a tax dispute resolution mechanism between the EU Member States. The Directive is to be implemented into the national laws by 1 July 2019 and will by default apply to tax years commencing on or after 1 January 2018.[9]In addition, since mid-1990s the Arbitration Convention is applicable to transfer pricing cases within the EU.[10]Over the years, only a handful of arbitration cases have been tried under the Convention, which is often linked to its rather weak enforceability. Therefore, it is conceivable that the Convention will be replaced by the new Directive.

What is the practical relevance of tax treaty arbitration?

The defining characteristic of tax treaty arbitration is that it is not about resolving the case but rather ensuring that the contracting states to a tax treaty reach a mutual agreement. Tax arbitration is not an alternative to MAP; it is an extension of MAP aimed at enhancing its effectiveness by providing for a potential avenue to resolve one or more issues that prevent the resolution of the case under MAP. As a result, the primary focus continues to be placed on MAP, and thus to date there has been very little practical experience with tax treaty arbitration. Reportedly, there were a few cases between Canada and the United States and only three publicly known cases under the Arbitration Convention.

1.    Arbitration may commence only after the competent authorities have failed to reach a mutual agreement through the MAP process (usually the tax treaties prescribe a time window of two years).

2.    Arbitration is typically limited only to the issues left unresolved in the MAP process and not the whole case.

3.    Often what is known as “last-best-offer” or “baseball arbitration” is preferred, whereby the arbitration panel chooses between the solutions proposed by the competent authorities rather than provide its own decision. This approach is intended to bring the positions of the competent authorities closer, and thus streamline reaching an agreement even before the case proceeds to arbitration. This is not to say, however, that independent opinion arbitration is not an option. For example, the new EU Arbitration Directive proposes this form of adjudication by default.

5.    The arbitration decision needs to be formalised and implemented through the mutual agreement procedure.

As a result, the role of tax treaty arbitration is described as “prophylactic as it prevents failures of the mutual agreement procedure by strongly encouraging the competent authorities to compromise in order to reach an agreement”.[11]However, with the onset of arbitration clauses, the increased volume of outstanding cases, as well as taxpayers, practitioners and academics exploring the potential of the new legal frameworks, this is likely to become a more commonly used mechanism for the actual resolution of international tax treaty disputes.

In recent years, the growing number of cases and calls for greater certainty in the complex world of international tax rules has thrust tax treaty arbitration in the spotlight. Numerous countries have made efforts to strike a better balance between tax sovereignty and the effectiveness of tax dispute resolution mechanisms by committing to mandatory binding arbitration. Also, there is a greater oversight and peer pressure by the international community through the MAP peer review process conducted by the OECD as well as the regular publication of MAP statistics.

Overall, while MAP remains the primary means by which tax treaty disputes are resolved, there is now a real probability of the ensuing tax treaty arbitration. This translates into a growing demand for experts that could serve as arbitrators or advise taxpayers throughout the process. As tax treaty arbitration is still in its infancy, one might wonder what can be learnt from the body of experience of international commercial arbitration.

[1]Reference to “countries” is not entirely precise as many of the international tax cases concern independent tax jurisdictions such as, for example, Hong Kong (China).

[2]Internationally recognised guidance on cross-border transfer pricing cases is set out in the OECD Transfer Pricing Guidelines available at http://dx.doi.org/10.1787/tpg-2017-en.