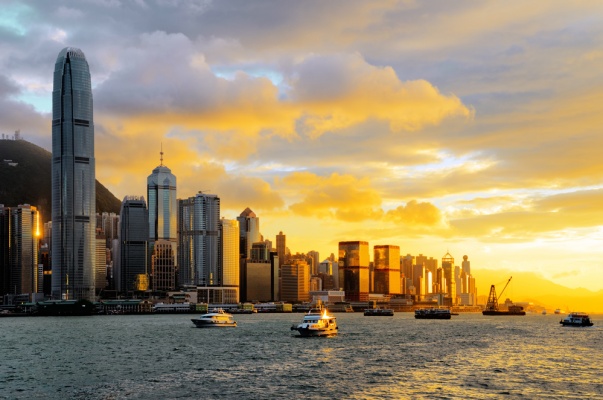 The adoption of the UNCITRAL Model law in 1985 and continuous recognition by Asian governments of the nature and potential benefits of arbitration as a method for resolving private disputes galvanized the development of arbitration in Asia. Hong Kong adopted the Model Law, including the 2006 amendments,in June 2011, by introducing the Arbitration Ordinance (Cap609). Hong Kong was the first Asian jurisdiction to do so.

The Arbitration Ordinance provides a modern and reliable statutory framework for the conduct of arbitration in Hong Kong. Importantly, and consistent with the letter and spirit of the Model Law, the Arbitration Ordinance only permits minimal curial intervention – in cases expressly envisaged by the law, such as granting interim relief in support of arbitration, assisting with taking of evidence and deciding challenges to awards, in the context of set aside and/or enforcement proceedings. Hong Kong courts have adhered strictly to the principal of minimal curial intervention.

For the period between 2010 and 2014 there was not a single case where Hong Kong courts refused enforcement of a foreign arbitral award.[1]In other words, 100% of all awards brought for enforcement in Hong Kong were successfully enforced during that period.

While Hong Kong courts refused to enforce some 3 awards in 2015 and 2016 (of the total 61 brought for enforcement during that period),[2]the enforcement rate remains comfortably high.[3]Notably, Hong Kong courts enforced a foreign arbitral award even where enforcement was sought (by a Russian party) against a mainland State-owned entity.[4]

Conveniently located for Mainland China-related disputes, Hong Kong is within a five hour flight to half of the world’s population. For Russian parties there is a direct 9 hour flight to Moscow. There is no need to apply for a visa for a short term visit as 14-day visas are available on arrival. Anyone who was not able to secure a witness or expert attendance due to visa issues – and these things happen more often than you think – will no doubt appreciate the potential benefits of this visa regime for the smooth conduct of arbitration proceedings.

Hong Kong also displays an extraordinarily large pool of multilingual professionals who can easily compete with leading arbitral centers. The city is a home to more than 1,300 barristers[5]and 1,299 registered foreign lawyers (from 31 jurisdictions),[6]not to mention an impressive, in size and quality of its members, pool of non-legal professionals, including engineers, accountants, surveyors and architects (particularly important for construction disputes).

Finally, when it comes to whereto hold a hearing, Hong Kong has excellent hearing facilities. HKIAC, Hong Kong’s flagship arbitral institution, boasts of 20 meeting spaces including seven hearing rooms and 10 conference rooms. (Again I declare an interest as a current Vice Chairman). In October 2016, the Centre announced that it shall offer its hearing and meeting rooms to parties free-of-charge in respect of dispute resolution proceedings administered by HKIAC in which at least one party is a State listed on the OECD DAC List of ODA assistance.[7]

In recognition of the increasing volume of IP related disputes and in response to calls for greater clarity on this issue, Hong Kong introduced amendments to the Arbitration Ordinance confirming the arbitrability of IP rights in Hong Kong.[9]

The most recent manifestation of Hong Kong’s receptiveness to the changing needs and demands of the users of international arbitration is the revision of the 2013 HKIAC Arbitration Rules. The 2018 HKIAC Arbitration Rules introduce the early determination procedure, which expressly empowers an arbitral tribunal to decide any point of law or fact by way of early determination on the basis that it is “manifestly without merit”, “manifestly outside the arbitral tribunal’s jurisdiction”, or that, even if the point were “assumed to be correct”, it would not result in an award in favour of the party that submitted it (Article 43).

Hong Kong is consistently recognised as one of the leading arbitral seats for resolving international disputes. The 2018 Queen Mary survey, for example, placed Hong Kong among the top five global dispute resolution seats, along with London, Paris, Geneva, and Singapore.[10]Hong Kong also appears to be a popular seat for Russian disputes. While most recent statistics is not available, according to the Russian Arbitration Association Survey conducted in 2016, 22.5% of the users chose Hong Kong as a seat in the contracts drafted in 2014-2015.[11]

In Hong Kong, judicial independence is guaranteed by the Sino-British Joint Declaration and by the Basic Law.

Article 82 of the Basic Law provides that the Court of Final Appeal may “as required invite judges from other common law jurisdictions to sit” on the Court of Final Appeal. All decisions bearing the stamp of the Hong Kong judiciary are thus ultimately subject to adjudication by a final appellate court comprising judges of the highest calibre both locally and internationally.

These judges – amongst the highest and most distinguished in their countries and in the world would not sit on a court where they would not have the freedom to exercise full their judicial independence. And there are very few jurisdictions in the world that allow foreign judges to sit on its highest court. These overseas judges, sitting with local judges, have significantly contributed to the maintenance of the highest standards of the Hong Kong Judiciary as well as providing exposure to the latest legal thinking in many areas of life.

The Chinese government has affirmed the principle of Hong Kong’s judicial independence. In the White Paper published in June 2014 by the State Council Information Office of the PRC, entitled “The Practice of the ‘One Country, Two Systems’ Policy in the Hong Kong Special Administrative Region”, the Chinese Government declared that “the judicial system previously practiced in Hong Kong is maintained except for those changes consequent upon the establishment of the Court of Final Appeal. The common law and relevant judicial principles and systems previously practice in Hong Kong, including the principle of independent adjudication, the principle of following precedents, and the jury system, continue to apply.”[12]

Lord Millet’s reflection on his 14 years as a non-permanent judge on the Court of Final Appeal of Hong Kong is instructive:

“I have sat on the Court of Final Appeal of Hong Kong for 14 years and have never experienced any political interference from China or anywhere else in all that time. All my colleagues have at all times conducted themselves exactly as English judges would in England. The local Permanent Judges are professionals to their fingertips. At no time in our discussions have I heard any of them express the slightest interest in what Beijing might think of our decisions. If I believed that the Court was susceptible to outside influence I would not be prepared to be a member of it, and nor would any of my overseas colleagues. I am proud to be a member of one of the strongest appellate courts in the common law world. The presence of such eminent jurists as Sir Anthony Mason, Lord Neuberger, Lord Hoffmann, Lord Walker and Lord Philipps is a guarantee of its total independence of Chinese influence, but the guarantee is unnecessary as I have found the local Permanent Judges as independently minded as are English and Australian judges.”[13]

The Rule of Law and Beyond

Rule of Law is traditionally understood within the meaning of Lord Bingham’s principles of the rule of law. In international arbitration, the rule of law means having a system of legal rules at the seat of the arbitration which is fair and efficient and which people can understand and having a judiciary that is independent and competent to lend support to the arbitration.[14]

The Hong Kong judiciary is traditionally supportive of the just and fair legal system. On 27 September 2014, a Hong Kong High Court judge released Joshua Wong – a student activist –   unconditionally by granting the writ of habeas corpus almost immediately after the student was detained during the Occupy Central movement. This is an unprecedented development in the region where habeas corpus writs are not granted easily.

Hong Kong is known for its active judicial review practice that allows the interested parties to challenge the acts of the Government within the confines of Hong Kong laws.

These considerations of neutrality, judicial independence, rule of law, just and fair legal system, have wide-reaching consequences for any society, for any jurisdiction, in particular when it comes to resolving disputes.


[1]           This article is based on a public address delivered by Lord Goldsmith QC at Helena May in Hong Kong, on 1 November 2018, as part of the public lecture initiatives by Fangda Partners in cooperation with the Consulate General of the Russian Federation in Hong Kong.