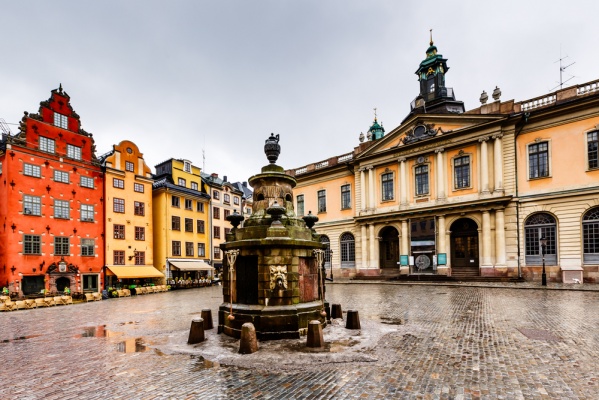 Some of the key amendments to the SAA are described below.

The revised SAA gives arbitrators an explicit mandate to determine the applicable substantive law in the absence of party agreement. The SAA does not regulate on which grounds the arbitrators shall make such a determination.If the parties have so agreed, the arbitral tribunal shall decide the dispute ex aequo et bono.

The revised SAA introduces a provision, requiring the party challenging an award on the grounds of excess of mandate to prove that the outcome of the dispute has been affected by the excess of mandate.

Shorter term for setting aside the arbitral award

The revised SAA will reduce the timeline for applications to set aside an arbitral award from 3 months to 2 months from the date when the party received the award.

Independence of the arbitrators

The revised SAA introduces a leave to appeal requirement if a party wishes to appeal the local Appeal Court's decision on challenge. This enables the Supreme Court to limit its examination to issue(s) of precedential value.

Implementation of the Amended SAA

In summary, the amendments aim to meet the expectations of the international business community and to further strengthen the leading position of Sweden as a seat for international arbitration. The amended SAA act is expected to enter into force on 1 March 2019.

Enforcement of a Foreign Arbitral Award in Sweden

The Supreme Court[1]rejected the enforceability of a Norwegian arbitral award in Sweden on the basis that the award was clearly incompatible with applicable EU legislation. The case concerned a non-compete clause in a contract between a Norwegian and a Swedish party that prohibited the Swedish party from entering into contracts with other suppliers for a period of two years. Such provision was in breach of mandatory Swedish and EU competition law.

Despite the fact that the enforceability of the arbitral award was not an issue that had been raised by the parties at an earlier stage, the Supreme Court held that the enforceability of the award was a factor that needed to be considered by the court. The Supreme Court further confirmed its previous position that there was a need to safeguard that arbitral awards do not conflict with compulsory Swedish and EU competition law.

The Supreme Court[2]refused the recognition and enforcement of a foreign arbitral award on the grounds that the Respondent had not been given an opportunity to present its case in the arbitration.

The case concerned an arbitral proceeding conducted in Russia in accordance with the International Arbitration Court at the Chamber of Commerce of the Russian Federation. The parties had on several occasions informed the tribunal that they sought to settle the dispute and had therefore requested the hearing to be postponed. The parties could not reach a settlement and subsequently the Respondent requested the tribunal for time to submit its statement of defense, which was denied. The arbitral proceeding was conducted without the Respondent submitting a statement of defense and a decision was made in the Claimant's favor.

The Supreme Court concluded that the arbitral award could not be enforced since the Respondent had not been given an opportunity to present its case on the merits. The fact that the tribunal had disregarded basic principles of due process in conjunction with the prohibition in challenging the award in Russia, prevented the recognition and enforcement of the arbitral award in Sweden.

Losing the Right to Challenge an Arbitral Award

The Supreme Court[3]held that a party had lost its right to object to an arbitral award on the grounds that it had knowingly delayed to make its objections until after the arbitral award.

The case concerned a Swedish and a Serbian party who had entered into an agreement with an arbitration clause that stipulated the procedure for the appointment and composition of the arbitral tribunal and for the use ofad hocarbitration in Serbia. The Claimant initiated arbitral proceedings against the Respondent in Serbia. The Respondent failed to respond to the request, did not submit a statement of defense and failed to attend the main hearing. The Claimant was awarded damages and sought to enforce the award in Sweden. The Respondent challenged the arbitral award on the grounds that the arbitration proceedings were contrary to the parties' agreement on ad hocarbitration.

The Arbitral Tribunal had exceeded its mandate

The appellant (respondent in the arbitration proceedings) challenged the award under item 2 of Section 34 of the SAA, requesting that the Court of Appeal annul the award in its entirety, or alternatively in part.[4]The challenging party argued three separate grounds for annulment. First, that the tribunal had decided issues that were not covered by a valid arbitration agreement between the parties. Second, the tribunal exceeded its mandate by failing to review the dispute in accordance with the parties’ instructions. Third, the tribunal committed a procedural error by not providing the party an opportunity to argue its case. This final argument was based on a claim that the tribunal did not allow for extensions of time or for the appointment of an independent expert. Therefore the challenging party argued that the award should be annulled in its entirety or alternatively partially due to excess of mandate and/or material procedural error.

The respondent in the challenge proceedings (claimant in the arbitration) claimed that there was a valid arbitration agreement covering the matters in dispute, and that the parties had agreed that the additional works in question would be covered by the arbitration clause, or at least such an agreement came into existence because of the respondent party’s passivity and implied actions. The respondent further argued that the tribunal had not committed any procedural errors in its handling of the case, because it was reasonable not to allow extensions of time and that in determining the date for interest accrual the tribunal had undertaken a review on the merits and no procedural error was made. The respondent further argued that if an error was made, it had no effect on the outcome of the arbitration, or alternatively was caused by the other party.

The Appeal Court partially annulled the award. It held that the determination in relation to compensation for additional works was not covered by a valid arbitration agreement. Additionally the Appeal Court found that the arbitral tribunal in its award had based its decision in relation to interest on an incorrect assumption, that the parties agreed that interest calculation should be based on the invoice date. The Appeal Court reasoned that a procedural error occurred which would likely affect the outcome and this was not caused by the challenging party.

However, the Appeal Court dismissed the final argument that the challenging party had not been provided a reasonable opportunity to present its case. The Appeal Court considered that the tribunal did not fail in its management of the proceeding by not granting extensions of time or rejecting the challenging party’s request for the appointment of a non-partisan expert.


[1]Stefan Bessman is a partner in Baker McKenzie's Stockholm office. He focuses in particular on dispute resolution in the fields of banking, finance, insurance and reinsurance. Stefan leads Baker McKenzie's Dispute Resolution Practice Group in Stockholm.


[3]Magnus Stålmarker is senior associate in Baker McKenzie's Stockholm office. He focuses in particular on dispute resolution in the fields of international commercial arbitration and litigation, procurement, and construction.