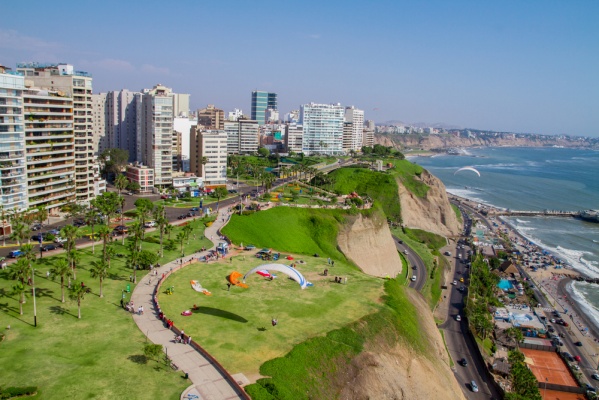 The congress called Women in Arbitrationtook place on January 31, 2019 in Lima and featured female panelists only. More than 40 arbitration practitioners from Latin America, Europe and USA took the floor.Women in Arbitration was aimed at giving female practitioners the well-deserved broader visibility, to address the gender-related issues and to discuss such relevant topics as double-hatting, relationships within the arbitral tribunal, ethics and corruption.

Professionals of outstanding quality made their vivid presentations, and discussions took place. The event was attended by more than 250 people. Many female attendees were there to seek for motivation and guidance. Both authors of this brief were fortunate enough to be among the speakers as well.

As is well known, the statistics on female participation in arbitration are low and the field is dominated by male practitioners. In the words of Sarah François-Poncet of Salans, the usual suspects are “pale, male, and stale”. The situation is the same regarding the number of female partners as fewer female candidates progress to the senior ranks in legal professions. This phenomenon is known as “pipeline leak”. The general expectation usually establishes a correlation between partnership and a suitability as arbitrator. While fewer women achieve partnership, fewer are appointed as arbitrators.

This specifically affects Latin America, where women are being less integrated into the labor market than, for example, in Eastern or Western Europe. Just by way of example, in Chile, once one of the most advanced Latin American economies, the main arbitral institution is Arbitration and Mediation Center of the Santiago Chamber of Commerce (CAM Santiago). Only 7% of CAM Santiago’s arbitral roster are women. In addition, the list kept by ordinary courts for ad hoc appointments includes only 14% of women. At the same time, 60% of first-instance judges are female, which confirms that the amount of qualified female lawyers is noticeable. However, the female participation at the second-instance courts decreases to 40% and reaches 30% at the Supreme Court level. Even though the trend in the ordinary courts is clearly unsatisfying, the low participation of female arbitrators is even more striking.

Another pool of problems, even for highly ranked and qualified female arbitration practitioners, is known as “pipeline plug” and is caused by operation of numerous conscious and subconscious biases which allow for the substitution of proxies like repeat appointments in lieu of observed quality. The attendees of the congress took part in the real-time survey during one of the panels, which confirmed an incredibly high level of bias in gender issues with regard to different actors of the arbitral proceedings, including presiding and wing-arbitrators, experts and secretaries of the tribunal. Notably, the survey showed that the bias affects male as well as female respondents.

While different opinions were exchanged with regard to measures that can be taken in order to enhance diversity in international arbitration, a general trend among the speakers was against the usage of quotas, but in favor of increasing the chances of female candidates being appointed as arbitrators. For that purpose, visibility was considered one of the key factors. In addition, increased transparency in appointments statistics is generally expected nowadays from arbitral institutions. This measure would allow the veil to be lifted from repeated appointments as well as help the progress in the diversity challenge to be seen.

The speakers also made a call for more active networking among female practitioners and for women to strengthen their networking within the arbitration community. Some additional tips from the psychological realm were made, such are to be more confident, seek for challenges, ask for help and support from senior practitioners, and take care of yourself. At the end of the day, we live in the age of multi-tasking and women seem to be particularly well-equipped for that lifestyle.

Also, the wish for this type of valuable initiative to be short-lived was met with the strongest applause, as the current challenges will hopefully soon be overcome. In the meanwhile, we invite the readers to review information about the Women in Arbitration event (http://www.ipa.pe/pdf/conferencia-internacional-women-in-arbitration-ipa-2019.pdf).