International Chamber of Commerce: a century of business 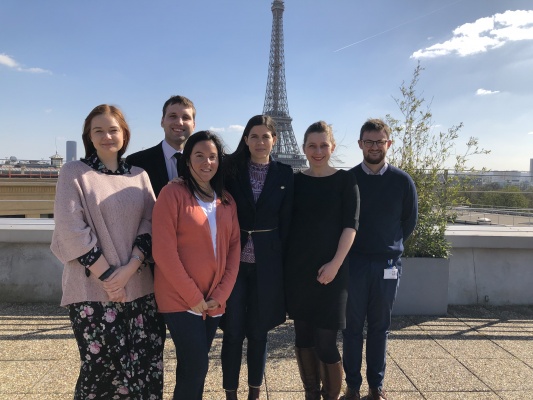 ICC at a glance

This year International Chamber of Commerce (ICC) celebrates its 100-year anniversary[1]. Although established in Paris, ICC was created in 1919 in Atlantic City, New Jersey[2]after the First World War in order to set the rules for peaceful development of business, trade and commercial relations between the companies. The founders of the ICC were a handful of businessmen from Belgium, France, Italy, the UK and the USA who called themselves “the merchants of peace”, an idea that still very much felt and lived by ICC today.

Throughout its history, ICC has pioneered the development of international business: from the first rules for the Uniform Customs and Practice for documentary Credits (UCP) in 1933, to the first edition of the Incoterms rules featuring six trade terms in 1936, representing business at the Bretton Woods Conference in 1944 or still the issuing of the first anti-corruption rules in 1977.

The ICC Court is composed of the President, 17 Vice-Presidents, and 176 members representing 104 countries. Gender balance has been one of the priorities of the current President of the ICC Court, Mr Alexis Mourre, and the Court members now they include 88 women and 88 men[5].

With the help of Veronika Pavlovskaya

[2]B. Reinalda, Routledge History of International Organizations: From 1815 to the Present Day, p. 145.