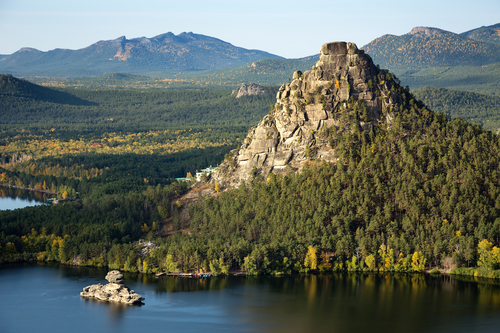 In addition to unifying procedural rules for international and domestic arbitration proceedings, the New Arbitration Law implemented the following changes to the previous rules:

.    (a)  State-owned companies may only execute arbitration agreements with Kazakhstani companies after obtaining consent from the superior state authority.

.    (c)  A party has the right to terminate an arbitration agreement unilaterally before the origin of the dispute.

.    (e)  When reviewing disputes with state-owned companies, arbitrators are required to apply Kazakhstani law only, unless  otherwise provided for in the international treaties of the Republic of Kazakhstan.

.    (f)  Parties have the right to seek the reconsideration of arbitral awards based on so-called “newly opened circumstances” (ie, facts that are material to the case, but were not previously known to an applicant). This provision has been copied from the Civil Procedure Code, and it is not entirely clear how it will be applied by arbitrators.

.    (g)  In addition to the currently existing grounds for challenging an arbitral award, the New Arbitration Law will allow parties to challenge the award if there is a judgment or an award that has a res judicata effect on the subject matter of the challenged award.

As a result of the pressure of local scholars and practitioners, in February 2017, the relevant provision of the New Arbitration Law allowing the unilateral termination of the arbitration clause was canceled.

At the same time, there are a number of cases where parties made attempts to terminate arbitration agreements based on the above provision and Kazakhstani court practice on its application is very controversial.

In addition, under the new version of the Civil Procedural Code of the Republic of Kazakhstan, adopted in October 2015 and in force since 1 January 2016, the procedure for enforcing domestic arbitration awards has become more complicated.

In particular, in addition to the grounds for refusing to enforce an arbitral award listed in Article V of the New York Convention, the enforcement of an award may now be rejected if: (i) there is a judgment or an arbitral award issued on the same dispute between the same parties and based on the same grounds (ie, a judgment or award that has a res judicata effect); or (ii) an award is issued as a result of a crime confirmed by a criminal court sentence.

While it is not entirely clear, due to the fact that Kazakhstan is a member of the New York Convention and the Geneva Convention, it is our understanding that these new grounds will be applied only to domestic arbitral awards[1].However, this issue will need to be clarified by local court practice.

Kazakhstan is a party to a number of bilateral and multilateral agreements that grant investors the right to arbitrate disputes over their investments in Kazakhstan. These treaties include the ICSID Convention, the Treaty On Partnership and Co-operation Agreement Between the European Union and the Republic of Kazakhstan dated 23 January 1995, and the ECT dated 17 December 1994.

The CA of NCE (Atameken)

The CA of NCE handles all types of commercial disputes between local and foreign companies, except disputes that are non-arbitrable under Kazakh law (such as disputes relating to the registration of rights over immovable property and challenges to decisions of state authorities).

The CA of NCE has been designated by the Kazakhstani government to exercise the functions referred to in Article IV of the Geneva Convention.

The IUS was the first arbitration institution in Kazakhstan, established in 1993 shortly after the declaration of independence of the Republic of Kazakhstan. This institution was established by the famous local scholar Professor Petr Greshnikov. In 2002, the IUS opened a branch in St. Petersburg. This branch was established, among other reasons, for the purpose of avoiding the application of Kazakhstani law, which was unfavorable toward arbitration proceedings.

The IUS also handles all types of commercial disputes between local and foreign companies, except disputes that are non-arbitrable under Kazakh law.

Similar to the other two institutions, the KIA handles all types of commercial disputes between local and foreign companies.

[1]Some local scholars and practitioners argue that Kazakhstan did not properly ratify the international treaties above (ie, by the law adopted by the Kazakhstani parliament) and, therefore, these treaties cannot prevail over national laws. However, there are a number of court decisions that confirm that provisions of the New York Convention and Geneva Convention will overrule national laws in a case of conflict.