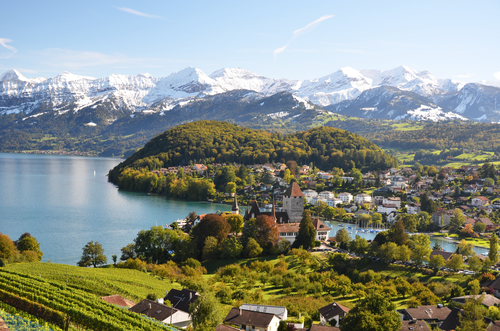 Below, you will find a short introduction to help you understand the roots and essentials of Swiss alternative dispute resolution tools.

Historical background: from Eternal alliance to the 20th century

The Swiss Federal Pact of 1291

The Swiss Federal Pact concluded by three cantons in 1291 contains a very early type of dispute resolution clause referring to the selection of a neutral person to act as mediator/arbitrator in the event of disputes between the cantons. Throughout the years, additional cantons have progressively joined the initial three to form the confederation of 26 cantons that is now known as Switzerland.

Discussions about the advantages of Switzerland being neutral seem to date at least as far back as 1481 when former judge, pacificator and mediator, Nicholas of Flüe (later known as Brother Klaus) mediated a peace agreement between warring states. The agreement consequently avoided a civil war in Switzerland and enabled two cantons (Fribourg and Solothurn) to join the Swiss Confederation.

1516 – The Effective Start of Swiss Neutrality: the “Eternal” Peace Treaty

Since the end of the Battle of Marignano and the signature of the Swiss/French “Eternal” Peace Treaty in Fribourg in 1516, Switzerland never initiated or participated voluntarily in any conflict between states. The Peace Treaty contained a long multi- tiered dispute resolution clause foreseeing negotiation, arbitration, and mediation stages.

Since 1516, Switzerland had to abandon temporarily its neutrality only once, namely when it had to defend itself against Napoleon’s invasion in 1798. This conflict was resolved by the Congress of Vienna, in 1815, where the Great Powers of Europe settled the boundaries of the European continent. The Great Powers acknowledged and committed to guarantee the neutrality of Switzerland, which became at that time a confederation of 22 independent cantons (Geneva, Valais and Neuchâtel joined the already confederated 19 cantons).

The Alabama case is the first formal inter-state arbitration in diplomatic history. On 15 September 1872, the arbitration hearing took place in Geneva, ending a dispute between Great Britain and the United States of America for a series of claims for damages, following the American Civil War (1861-1865).

Since then, thousands of recorded and unrecorded international disputes, whether of commercial or inter-state nature, have been submitted to Swiss nationals as arbitrators or mediators, to Swiss arbitration institutions for administration, and/or have been negotiated, mediated, heard and/or otherwise resolved in Switzerland due to its reputation for neutrality, discretion and quality services. Over the years, Switzerland was chosen and became home to several important non-governmental dispute resolution organizations, such as: the United Nations (“UN”), the World Trade Organization (“WTO”), the World Intellectual Property Organization (“WIPO”), the Swiss Chambers’ Arbitration Institution (for commercial disputes) (“SCAI”), the Court of Arbitration for Sport (“CAS”), and many more.

1927 – Geneva Convention on the Execution of Foreign Awards

1965 – Ratification by Switzerland of the New York Convention

On 1 June 1965, Switzerland ratified the 1958 Convention on the Recognition and Enforcement of Foreign Arbitral Awards, also known as the New York Convention, which was adopted by a United Nations’ diplomatic conference on 10 June 1958, entered into force on 7 June 1959, and has been progressively ratified by 157 State Parties.

During the 1990s, several Swiss Chambers of commerce issued rules of international arbitration to allow efficient dispute resolution. The Rules of the Geneva Chamber of commerce were innovative in that they were the first world wide to include an expedited procedure for disputes with low amounts at stake. To avoid confusion and dispersion, two eminent members of the Swiss Arbitration Association (“ASA”), Mr Pierre Karrer and Mr Wolfgang Peter, suggested soon after that the Swiss Chambers of Commerce consider creating a unified set of rules for international arbitration services that would be provided jointly by all the Swiss Chambers of Commerce. The Geneva and Vaud (Lausanne) Chambers of Commerce took the lead on the Chambers’ side and soon after the Basel, Bern, Ticino and Zurich Chambers participated actively in the project that led to the drafting of the harmonized unified rules that were launched in 2004: the Swiss Rules of International Arbitration (the “Swiss Rules”).

Developments in the early 2000s

After 6 years of negotiation and careful drafting, the leading Swiss Chambers of Commerce and Industry finally unified their international arbitration rules and adopted, in 2004, the Swiss Rules of International Arbitration. The Swiss Rules were drafted by world leading experts in international arbitration, in order to reflect modern practice and cutting edge law in this field and to provide neutral commercial dispute resolution services to companies based everywhere in the world notwithstanding any local war or sanctions regimes. The expedited procedure of the Geneva Chamber of Commerce rules had already proven its efficiency and was kept.

The Swiss Rules of International Arbitration were revised (“Swiss Rules 2012”) in order to adapt to the new Swiss Code of Civil Procedure and to ensure that arbitration services could provide for both international and domestic arbitration cases. The revision exercise also enabled the Swiss Rules to remain at the forefront of international arbitration and to add new features assisting the parties in expediting their proceedings even further, in particular with the Emergency Relief provisions.

During the same year, the association of the seven Chambers was renamed as: Swiss Chambers’ Arbitration Institution (“SCAI”).

The Rules of the Swiss Chambers’ Arbitration Institution as Appointing Authority in UNCITRAL or other Ad Hoc Arbitration Proceedingswere adopted. This service consists of assisting parties engaged in UNICTRAL or other ad hoc arbitration proceedings in appointing arbitrators, taking decisions on challenges or other grounds for the replacement of arbitrators, as well as fixing the fees of the arbitrators or reviewing the costs and fees, if the parties so request.

As of 1 January 2018, SCAI is administering all arbitration and mediation cases autonomously, on behalf of the Swiss Chambers of commerce.

SCAI remains a not-for-profit association fully owned by its members, the Swiss Chambers of commerce, who are represented in the SCAI Board to decide on the strategical developments of the Institution and ensure its continuity.

In 2018, a Users’ Committee was formed in order to draft a revised version of the Swiss Rules of Commercial Mediation. This revision is expected to be finalized and launched in 2019.

As a recognition of the quality of the Swiss Rules and of the services offered by SCAI, as well as their relevance, the Swiss Rules have been chosen, once again, for the 28th Vis Moot and 18th Vis East Moot that will take place in 2021 in Vienna and Hong Kong.

With special thanks to Dr Shaheeza Lalani & Dr Bernhard Meyer